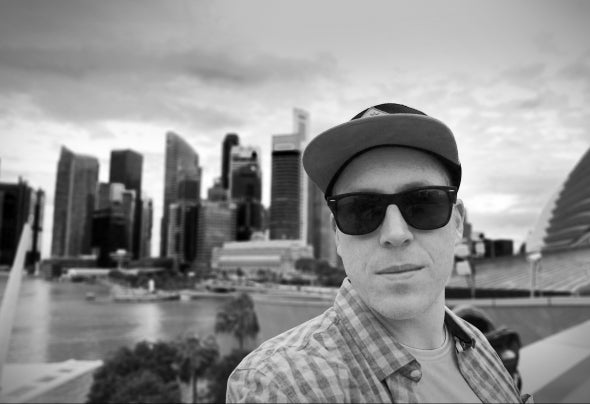 Krausey (pronounced "Kra-ow-see") has been around the bass music and soundsystem culture scene for a while first gaining attention in 2010 through his release on Florida's Stupid Fly Records with an angry Dubstep release coming under one of his first used alias' of Disgustin Justin and titled "HeadF_ck" (SFLYD034). This was followed by the highly originally titled EP the "KRAUSEY EP" (SFLYD044) a year later also on Stupid Fly. 2011 was a good year with him being awarded Best South West Dubstep Producer and caming 2nd for Best South West Dubstep DJ at the Southwest DnB Awards. Within these years him and La Luka played shows all over the UK including Glastonbury Festival, NASS, Motion (Bristol), Dub Police Shows including Caspa's Birthday at the o2, venues in Barcelona to Beach Parties and Clubs in Corfu to festivals and clubs in the Californian desert to Hollywood, Orange County and LA in the USA. In this time, Krausey and La Luka also founded one of the most successful Soundsystem Culture Orientated brands in the Southwest outside of Bristol, RUBBADUBDUB, which ran for 10 years and still to this day has ravers messaging for it to rear it's head once a suitable venue is found! 2012 saw his daughter born and his last EP (NCUBE007) for a while and a hiatus followed suit for a few years. His next release was a stunning chilled Dubstep track "Power of Light" with vocalist J Rokka which, although minimal sounding in production, is a finely honed masterpiece. The release took many months of production, reworking and planning to curate having no less than 9 remixers lining up for the release. Unfortunatly one was lost to computer failure and one couldn't be finished in time. BASSROCK RECORDS, seeing the release's value with it covering nearly every base of electronic music, left the comforts of it's more commonly associated Breaks genre and snapped up "Power of Light". The production was split up into 2 releases - BROCK041 (original mix + 3 remixes) released in 2017 and BROCK050 (a remix EP of 4 remixes) was released in 2018. Krausey's current release "DO IT" (BROCK068) is a slice of oldskool style Breakbeat and is currently in the Beatport Breaks Chart. Never one to be pigeon holed, he is producing and playing a wide range of genres from Breaks to Grime (producer credits) to Reggae, Jungle, Drum and Bass, Dubstep aswell as Tech and Deep House under another alias.