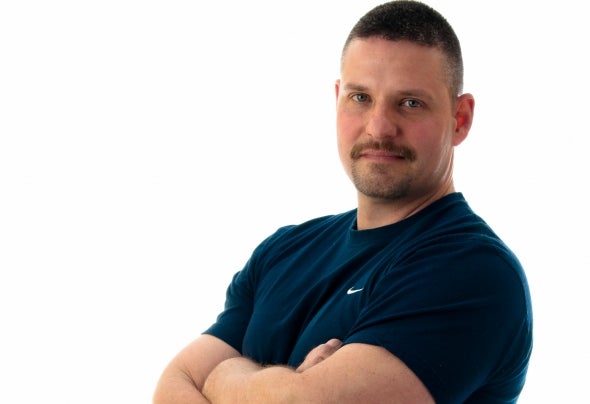 DJ John LePage embraces diversity. A connoisseur of eclectic house, LePage has an ear for the variety of sounds and beats that ignite a dance floor. He is a seasoned DJ who has toured North America for more than a decade, playing at some of the biggest clubs and venues. And, from his new platform at the helm of his own record label, Groove Records, LePage has carved a niche for himself as one of the country’s hottest up-and-coming music producers.Born in Toronto, LePage is one of those rare DJ’s who has managed to avoid the pinch of the recession and the ups and downs of the gay party scene.. From the candy ravers scattered between New York City and San Francisco to the bear scene that migrates to parties from Mexico to Canada, LePage has anchored himself as a favorite in the gay community.LePage began his career in New York City in the late 1990s, during the heyday of the city’s club scene. As one of the resident DJ’s at the iconic gay bar Splash, LePage began to make a name for himself as an enthusiast of upbeat, happy house tracks. As his fan base grew, so too did his bookings including many of the early circuit parties like Black & Blue in Montreal and Miami’s White and Winter Parties. And, over the past decade, LePage sealed his reputation as the jock for the bear scene, playing parties like Sweat, Northern Exposure in Seattle, Beef Dip in Puerto Vallarta, Bear Week in Provincetown and The Onyx Ball in Toronto.LePage continues to evolve his sound from his home base in San Francisco, with most recent influences from Paul Goodyear, Wayne G, Ted Eiel & Joe Gauthreaux. His residencies in San Francisco, and his bookings across the country, demonstrate the strength in his diverse, but always inspired sound.In 2010, LePage hit the Billboard charts with "Heaven" featuring Debby Holiday & LFB. 2011 was a busy year in the studio for LePage as he worked with Debby Holiday & LFB again releasing "Catch a Fire" & “Take Me Higher”. LePage also produced "Love So Strong," a collaboration with DJ/Producer Paul Goodyear featuring the sensational vocals of Peyton. And, together with his production collaborator Leo Frappier (LFB), LePage produced remixes for Northernbeat featuring Lonnie Gordon, Paul Goodyear featuring Caroline Lund and hot local artist L10.In 2012, LePage released his first major self-written track, “Key To Your Soul,” featuring the vocals of Debby Holiday and co-written with Holiday and Jeff Fedak. He also released a full length compilation/album on Centaur/The Out Club Records called REMIXXER which featured 5 of his productions and 7 remixes. In 2013 he started off the year with a release of the classic tribal track “Echekeboom” feat Little Eric – his second collaboration with Paul Goodyear. In addition, John teamed up with Brian Cua to remix “If I Was Your Boyfriend” by Tony Moran feat. Anastacia.More than a decade after his first turn at the decks, LePage is stronger, and more in demand than ever. And, he’s just getting started.