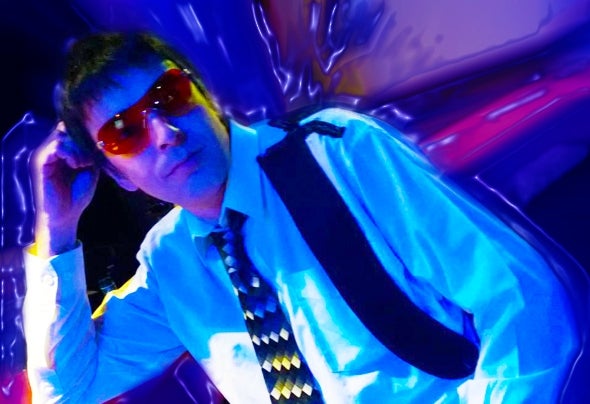 Franck de Villeneuve travels through the electronic music scene since the early 90s. He's a DJ of the first generation that played Techno in south of France & north of Spain. Always alive and as fresh as in the first days he's always appreciated for his sound & mixing technical skill as well as his pacifist spirit and loving nature. He plays vinyls, cds, digital controlled & live with passion since its first decks when he was 11. His sound is Techno / Electro / Minimal / Progressive and is played at cool tempo with high dancing power and mind trip feelings.It is one of those artists-researchers who have his own grain, his own groove, who invite you on a journey, whatever the styles crossed.More than 20 years of touring around Europe & even more far away he has played in major events like Technoparade in Paris ( http://youtu.be/fUCOx_siz2Q ),TILT Festival, Hesingues Festival, (...) and has shared the stage with others famous artists like Ellen Allien, Miss Kittin, Paul Kalkbrenner, M.A.N.D.Y.,Marc Romboy, Luke Slater, John Dahlback, Agoria, Carl Craig, Martinez, Daniel Bell, Arnaud Rebotini, Swayzak, Clara Moto, Popof, Eric Sneo, Stephan Bodzin & many many more. Franck de Villeneuve produces original electronic music & remixes since 1996 with famous ones like his “Rising Rage” on Bus records or his remix of Techno father Alton Miller on Marendadisc.Artistic Director & main resident DJ of the famous club Rachdingue in Spain for 5 years, artistic director of Diprogress collective, he's always on new projects when he can meet new artists & friends.Well known composer & piano player for TV documentaries, theatre, dance companies, contemporary art, fashion shows (..), he's appreciated for his particular fusion between atmospheric, neoclassical & electronic styles and has his own firm for those works, Le Pôle créatif ( www.lepolecreatif.com ).He's also trainer on Ableton Live, mixing technique, (..) for recognized organisations and one of the voice who talk about ethic, sharing, nice human being and more particular subjects as editor for the French Federation of Clubbing as well as the creator & the main voice of SPAME a French union organization dedicated to electronic music.