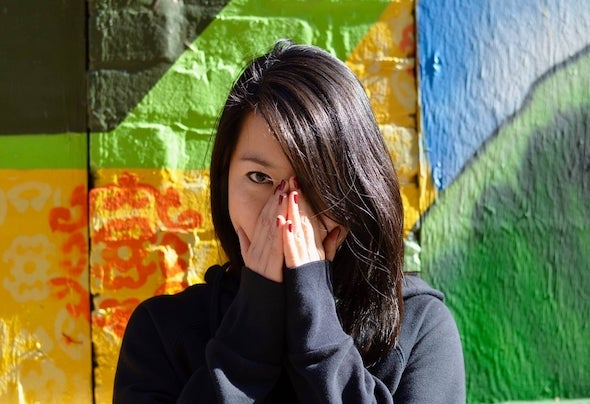 Known for her feel­ good nu­ disco and indie ­dance music, Rachel Jocelyn, alias Eau Claire, has been garnering attention around the world as an up and coming producer and DJ. Her mixes have been featured on international radio stations with exclusive guest mixes for Hator Records, MIAUDIO, NuDiscoYourDisco and more. Her winning remix of Kid Vibe -­ Never Change was released on MIAUDO Music in May 2014. Eau Claire has performed at various venues along the East Cost between New York City and Washington, DC with the opportunity to play alongside Lauren Flax (½ of Creep) and opening for Rufus Du Sol, Tensnake, Pat Lok, and Will Eastman. She is currently working on her first EP that will be out this summer. Eau Claire is also ½ of disco duo Man & Woman that was launched this year. http://iameauclaire.com https://soundcloud.com/eau-claire https://www.facebook.com/iameauclaire https://twitter.com/iameauclaire