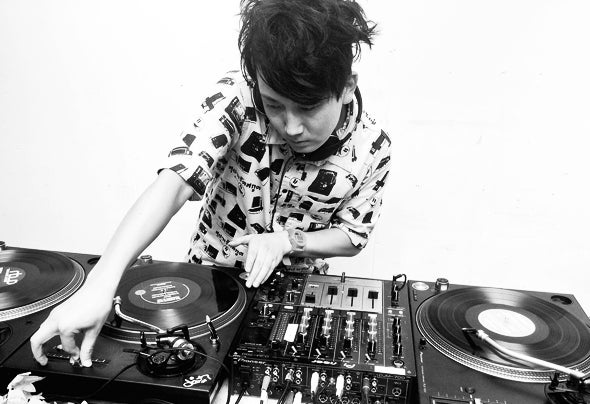 DJ Shimamura is a Hardcore rave producer / DJ in Japan, where he runs the label "Dynasty Records“ since 2001. As of February, he hosts a monthly web radio show on block.fm. His remixes of artists like m-o, London Elektricity, Deco*27, NIRGILIS and GRANRODEO has given him wide recognition in both Japan and abroad. Remixes aside, he's also a talented composer. His songs "Overload Frontier" "Blaze it UP!" "Get Ready!!" are all featured in the famous beatmania IIDX series played my people all over the world. Throughout the years, he's been featured on various leading dance compilation CDs in the UK, making him a household name in the British hardcore scene. His album "SX" was featured on BBC Radio 1, where its songs were played for 3 weeks consecutively. He's also been mentioned by DJ Kutski in his Best 5 of BBC Radio 1 in the music magazine M8. He performs DJ at a lot of party in abroad [So Stoked (San Francisco, USA)] [HARDCORE UNDERGROUND (London, UK)] [Hardcore Synergy (Chicago, USA)] [Hardcore Havok (Hawaii, USA)] [CCG (Shang-hi, China)] [Nocturnal Commissions (Toronto, Canada)] etc. and in Japan, performs various places mainly in Shibuya clubasia, Akihabara Mogra.