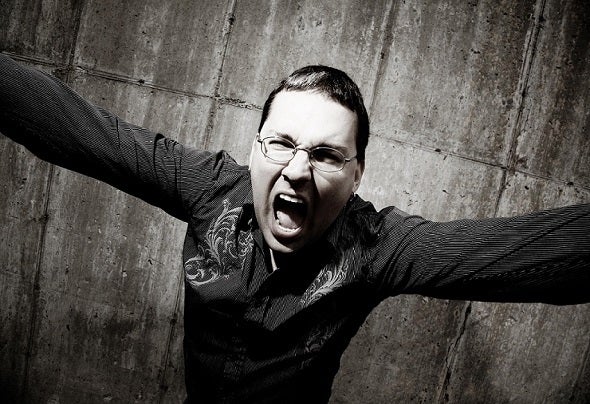 DJ Knowledge has been making moves and moving crowdsfor over 15 years. His evolving sound has turned roomsinside out worldwide, and over the years his music hasmoved millions. His high energy sets can be credited to himalways taking the time to hand select the most cutting edge,genre-bending production in the tracks he plays and hisreputation for achieving the maximum potential of his musicwith his finite EQing and EFX manipulations. In a world ofpre-recording mixes and sync buttons, he’s held true to thehonored tradition of true djing. At festivals, raves, andparties his sets run from progressive electro house and bigroom smashers to trap, dirty midtempo and moombahton. Inthe clubs he can range from tech house to progressive,whether it’s a peak time or being support for touringinternationals. 2013 has become his breakthrough year as aremixer and producer. He owns Columns of KnowledgeRecordings which has been gaining worldwide attention forits roster and releases. He is credited with being one of theoriginal foundation layers for EDM in New England with hismassives in the mid 1990's - 2000's, and he continues topromote for and assist with some of the largest productionsin the Northeast like Steez Promo, Life In Color, numerousfestivals, as tons of local cultured events. With a passion formusic and culture unparalleled and an unstoppable drive, DJKnowledge is coming to take over your dancefloor and blowyour mind!