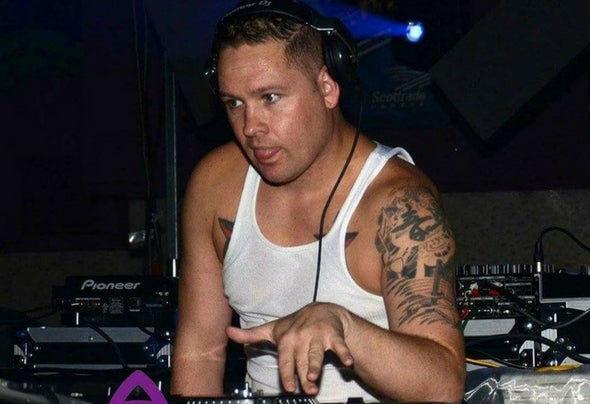 DJ JOHNNY SCOTT aka Johnny Scott, a Local Kansas City EDM Legend of 18 years produces and Remixes a broad range of underground and mainstream dance music style hits. He has reached TOP 10 and TOP 100 releases in different Genre's as a DJ Producer.What you may not know about him is he has been playing music from the ripe old age of 2 when he started on his dad's music gear and drum's as a music producer is a family affair.He has played from Kansas City to New York City and back again, as well as all over the USA Touring the underground scene for many years. Introducing himself to the Austin TX SXSW Music Festival in 2016. This DJ Will melt your shoes off when having you dance to Techno, Electro or Drum & Bass sounds. He is also known to sing and do vocals on many of his own tracks as well as live guitar and many other musical touches as only a professional party rocker and producer could.