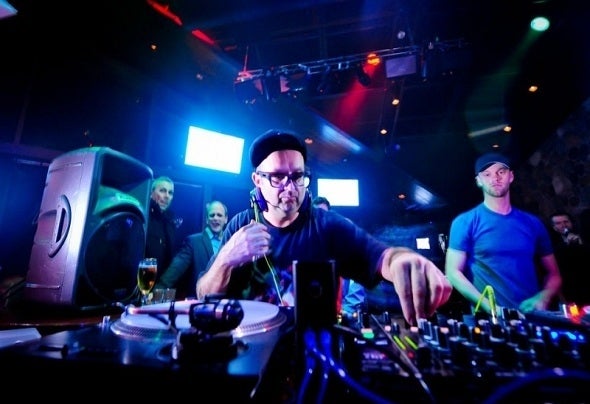 It’s a standard formula for world domination and DJ Czech is sticking to it well.First, control you own neighborhood, Czech’s initial step into the Canadian underground scene was introducing “Soul Kitchen” to Whistler, British Columbia, Canada’s top ski and snowboard destination. That was 1989, Whistler has grown to one of the top sports destinations in the world and Soul Kitchen is still cooking up beats, making it the longest-running club night in Western Canada.Next, Czech infiltrated the thriving new music scene in Vancouver, BC, and his unique flavour of breaks, turntablism, and comic personality earned him legendary residencies at all of the city’s hottest nightclubs and helped establish VanCity’s reputation for up front electronic music. Meanwhile Czech had ensured himself household name status on the West Coast, particularly amongst breaks lovers.Third step- the world. Somehow balancing his residencies with a ridiculous touring schedule Czech has been turning out prestigious clubs and massive raves every single weekend for the last 15 years. He’s carted his records throughout Europe, North America and Asia and headlined alongside premier acts such as The Prodigy, Chemical Brothers, Daft Punk, Parliment,Orbital, Crystal Method, De La Soul ,Rabbit in the Moon, Porno for Pyros, and countless world renowned Dj’s.And to round it off, Czech has been writing and producing his own tracks since WHEN?__, continuously building his studio and releasing music on “Futuristic Funk Records,” which he co-owns and uses to proudly showcase other Canadian talent as well as his own material.These days Czech primarily spins Break Beats with touch of Electro but he has been known to drop all old-school 45 funk sets out of the blue and pepper them with some down-home mid tempo breaks, just to make sure you’re paying attention.What I like most about Czech is not his unrivalled history on the scene, his numerous key accomplishments, or his worldwide appeal. I like him because sometimes when you go visit him in the club, he’ll toss on a looped record of the Joker laughing, just laughter no music, and light a cigarette and talk to you about whatever pops into his head until the dance floor starts throwing ice, glasses, and insults at him, demanding more beats. After a minute or two, usually when the audience is at a near-frenzy levels and the cigarette is getting down, Czech will thank you for dropping in, order you a drink, and get back to work.