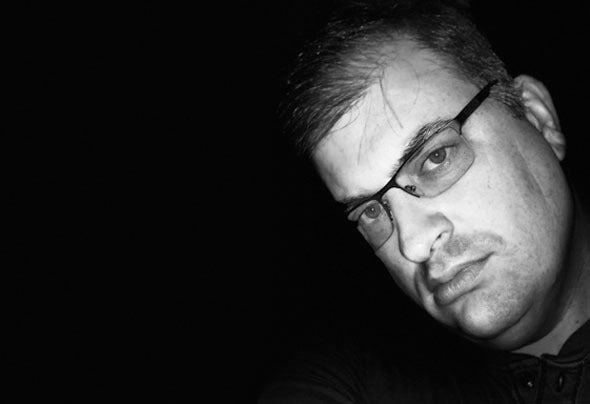 Don’t dare to call him a yankee, and the south doesn’t really want to call him a southerner. Tribal tech house producer Dave Richards is a man of multiple worlds. He was born just outside of Chicago, IL, but grew up in the South. He became a lover of electronica during the early 80’s thanks to a few well known movie soundtracks (Chariots of Fire and Tron to name a few), but he didn’t fully embrace it until the early 90’s while under the influence of artists like Scott Blackwell, Brian Scroggins, Moby, Oakenfold, Steve Lawler and more.As a producer his loyalties are torn between Chicago house sound and a much darker force infused by Atlanta, GA’s urban and tribal flavor. Usually, it’s that darker force that wins out in his productions. Unrelenting percussion, techie baselines and progressive top ends comprise the signature sounds of a Dave Richards’ production. With over a decade of production experience, Dave knows what he likes and what his audience needs. You’ll find his releases on MK837, Next Dimension Music, PWM Records, Deeplife Records and more.Djing is a relatively new part of Dave’s life. He’s always viewed himself as a producer first and a DJ second. As a result, he approaches DJing from the standpoint of an evolving creation. It’s all about groovy tribal rhythms, dark bass, occasional vocal hooks and sometimes a pop culture reference or two.In 2010, Dave founded MK837 with his buddies Chris “Deeflash” Reiche and Kevin Oneel. The goal was simple: create a label that honored the label/artist relationship and focused on respecting the artists and building artists up. Today, Dave serves as the label’s manager and oversees a variety of projects for the label.Between 2007 and 2011, Dave also managed the EDM stage at the Cornerstone Music Festival. This was done in conjunction with Tastyfresh.com, which Dave also runs. During those five years, Dave and Kevin rebuilt the stage from the ground up and re- envisioned it completely as a high-end clubbing experience in the middle of a cornfield. Each night of the festival, the club stage drew about 8% of the estival’s attendees. Topher Jones, Greg “Stryke” Chin, Andy Hunter, Kenneth Thomas, Tim Richards, and Joel Armstrong were just a few of the many DJs to play the stage over the year.