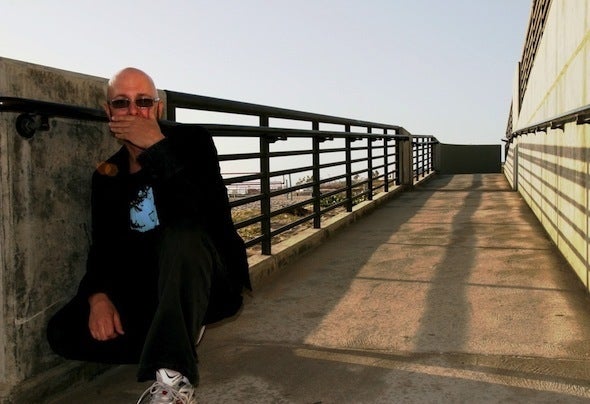 Cody Lee Williams’ dynamic sets, fueled by his obvious energy and love for music have earned this man a place in the hearts of many at home in the US and abroad with his wicked underground style of Funky Techno, and House mixes!!Cody plays a wide variety of ass-shaking grooves. For years when asked what genre he’s partial to, he would smile and say:I don’t play anything that doesn’t shake my own ass!“Discovered” by none other than EDM Radio pioneer Swedish Egil, while honing his skills at the world renowned Groove Radio, earned him the distinct honor of being passed the “Midnight Mix” show by Dave Dresden, five nights a week live on the air for two years. That, coupled with a job at Prime Cuts Records (the oldest DJ records shop in LA) and his appearances at Spundae and a host of radio outlets with legends from around the world, earned him the respect and reputation his truly committed talent deserves.His name has become a byword among discriminating promoters, on the local, underground, and international circuits, and as a result, Cody has been consistently invited to take his entirely personal sound as far as there are speakers and decks. His equally energetic personality sets off the airwaves, and while live, has thundered and grooved through capacity crowds wherever he has laid down records.In a career spanning over a decade as a Groove Radio DJ, and during his current 11 year residency at Spundae Los Angeles, he’s had the fortune to share the decks with the likes of Pete Tong, Paul Oakenfold, DJ Dan, Deep Dish, Sander Kleinenberg, Sneak, B.T, Junior Vasquez, Seb Fontaine, DJ Rap, Donald Glaude, Adam Freelend, Derrick Carter, DJ Irene, Max Graham and the list goes on and on.In 2005 / 2006 Spundae won Best Event Promoter and Best US Club at the IDMA Awards in Miami’s Winter Music Conference! URB magazine sure had it right when they featured him in the 2004 edition of their annual Next 100 issue.Currently Cody has been working in the studio and making live appearances wit h DJ Ryan Jones under t he moniker "SUPER BOOM!" Look for their tracks and remixes coming to a dance floor near you!