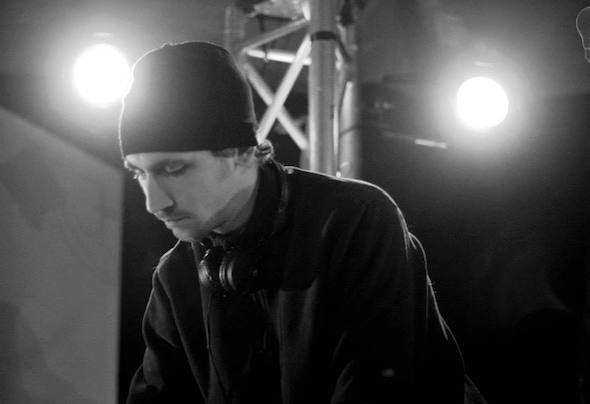 Ben Blash rises the 21st of june 2006, when Joachim Garraud releases "My crazy soul" & "Destroyed" on his own label Gumprod, playlisted on ZeMixx (the n°1 french podcast in date) and charted by David Guetta and some others well-known DJs around the world. He releases an EP named "Dance now" on the Jamie Fanatic's label Groove Fanatics (NL - 10/2006), and starts playing his own music in french clubs (Palm Beach - Cannes, Plaza - Paris, Nitro - Montpellier, ...) and some underground scenes of south France.He meets Alex & Flo (Kistch 2.0), whom he works with to release a remix of "Beechop - Orgasmic" on a Discoparnasse Productions vinyl (FR - 03/2007), Kevin Sunray who releases "Help Me !" on his own Unlove Recordings (GR - 05/2007), then Nico Reno who releases an EP named "Fuck da shit" including "The RAF" and a remix for Laurent Pepper on his own label Infinity Recordings (FR - 11/2008). After a few tries in clubs, he joins the Krymoditif crew and experiences the local underground scene (Minimal Night - Avignon, Russian Revolution - World People, ...).In 2009, he moves to Paris, where he meets 3nkii (for whom he makes a remix of "Annunaki" released by Emotive Vibes in 2011 - DK), and starts to learn sound engineering, while he still produces ("Source ft. Ek'o" is released on Habité Records in 2010 - FR), experiencing other music genres (he releases himself the "Dubstep experimentations EP").Back to the south of France where he grown up, he meets Benben a.k.a Radikal Sound'boy (whom he spends the summer 2011 with to create what they call "la fourrette" : an original mix of different kinds of electronic music, among which ones distinguishes clearly progressive-house, tech- house, funk, breakbeats and dubstep) and joins his label "Radikal Bass Productions" which releases "La Buffalo- bifle" on the "Aktiv'jump 03" vinyl (FR - 11/2011), and which will release the first "fourrette" EP soon. Together they play their "fourrette" in various local events as the highly anticipated festival "Y'en aura pour tout le monde n°5" organized by RDKB at Saint-Julien de Peyrolas (06/2011).Next, he joins ODN Records and releases "Purple" & "Overload" first (08/2012), then "Stalker" with remixes from Animal In Cage & El Mute (FR - 03/2013). He also remixes the first release of Blacker "Submarinara" with Radikal Sound'boy (out on Bus Records - FR - 05/2013).