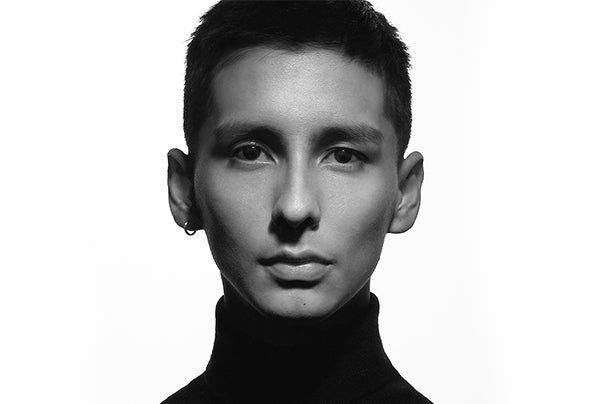 Rodrigo Ganoza, AKA ANHEDONIA, born on the dark side of the dance floor, in an ambiguous attempt to confuse us by hiding his vibrant and energetic identity. Anhedonia makes us dance to the rhythm of Techno with atmospheric sounds of Industrial, EBM character and shades of Trance melodies that compromises the soul between the powerful and dreamy essence inside him. Fortunate one to sign on ̈Technodrome ̈owned by DJ OGI, label supported by Nina Kraviz, Dax J, Amelie Lens, Paula Temple, released his first EP "Conrmation" 6th February 2019. Immediately released his Second EP ̈Ascendia ̈ 8th August 2019 on ̈Smashead Records ̈. Anhedonia has recorded podcast for international labels as Rearguard (London), Koden (Birmingham, UK). Balance FM (Croatia), Concrete Stories at Fnoob Techno Radio (London), Smashead Records (Croatia), ̈Tales of Psychofonia ̈ (UK), 335 Recordings (UK) and many others. At the age of 20, he began making sets at Fashion Week for the best designers in Lima as Gerardo Privat, Jose Clemente, Pat Sedano, Sophia Lerner and AYNI. He was discovered by Balance FM (Croatia). His compulsive taste since he was 13, influenced by Industrial, EBM, New Wave, Synthpop and Electropunk. Rodrigo has also been influenced by bands; such as Ashbury Heights, Amduscia and Hocico. As a DJ, Anhedonia impactful, imponent style resident of Palestra, has played consecutively in the most known clubs, venues, fashion events and parties in Lima as MATE Museum of Mario Testino, Jockey Plaza, Fashion Week, Proyecto AMIL, Bizarro, Sisifuz, Manifesto, many others. Opening and closing for internacional DJs as Sandra Collins, Gaston Zani, Magdalena, and Common Poetry. Full of viscous BPM and footprints that drain the dance floor in a wave of sensations, he gives us the opposite of his concept, the ecstasy of pleasure. ̈Anhedonia’s persona perfectly serves the ultimate purpose of the floor we support; he is the master of the beat you wanna be slave to. ̈ Tales Of Psychofonia (UK)