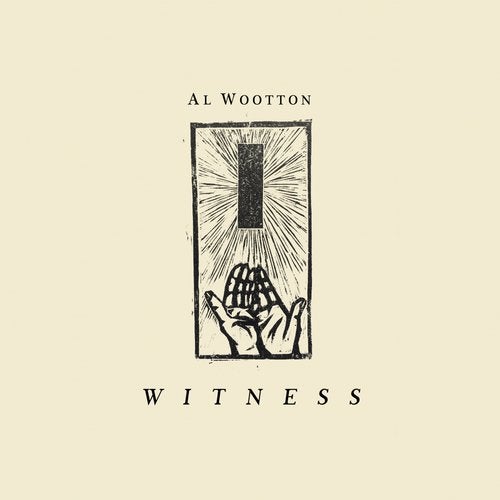 One of the UK's most respected electronic artists, Al Wootton (formerly known as Deadboy) presents his first album under the Al Wootton name, Witness.

Since emerging in 2009, Wootton has been behind some of the biggest dance records of the last decade, releasing on labels like Numbers, Local Action and Aus Music. In 2019, he re-located from London to the seaside town of Ramsgate (following a period spent in Montreal) and re-branded under his birth name, building a home studio and honing a style of dance music that draws heavily from his long-term loves of garage and dub.

Wootton has enjoyed a rich run of form since going back to basics: he's released five 12's in two years through his Trule label, copies of which now swiftly sell out as standard, and has also expanded the label to house releases by Melbourne producer Pugilist and old foil Julio Bashmore. On Witness, he channels this focus and momentum into an 8-track album that explores techno, garage, jungle and more, all tied together by the dub-inspired effects and atmosphere that has characterised his Al Wootton records to date.

'The tracks that became Witness flowed out within a couple of weeks during a period of real creative ease that I cannot remember having before or since', explains Wootton.

'I have struggled and failed to make 'dance' albums many times over the years. I've tried to avoid making something thats just a collection of club tracks or noodley electronic self indulgence. What I realised is that the only albums I really love and repeat listen to are drum and bass albums. Albums like Photek's Modus Operandi, Goldie's Timeless and Roni Size's New Forms perfectly capture that raw club energy and yet are intricate and textured enough that they still sound fresh to this day and still bear repeat listens.'

'I allowed tracks to develop and mutate as I introduced new sounds and textures with a much greater sense of freedom than when I am focusing on making tracks work solely in a club context, but I don't feel like that dampened the energy of any of the tracks.
The creation of Witness was for me one of those rare times when the practical and technical conditions are just right and creativity flows from some unknown source beyond yourself and all you have to do is get out of your own way.'