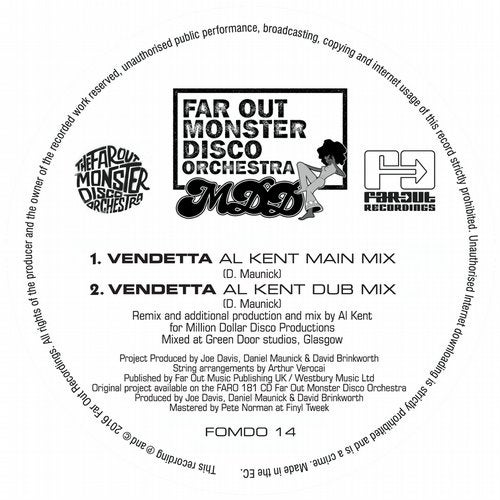 The latest offering comes from Glaswegian disco maverick Al Kent. Al is Scotlands answer to Walter Gibbons, a global authority on disco music, and an expert in the art of the re-edit, which holds true more so than ever in his take on Vendetta, a soaring instrumental cut drawn from the original Far Out Monster Disco Orchestra album. Kent twists around the bouncing congas and Arthur Verocais chilling string arrangements for a striking up-tempo stomper with a fierce edge. It sits perfectly in between deep house and disco, a no brainer for DJs that play across that spectrum.