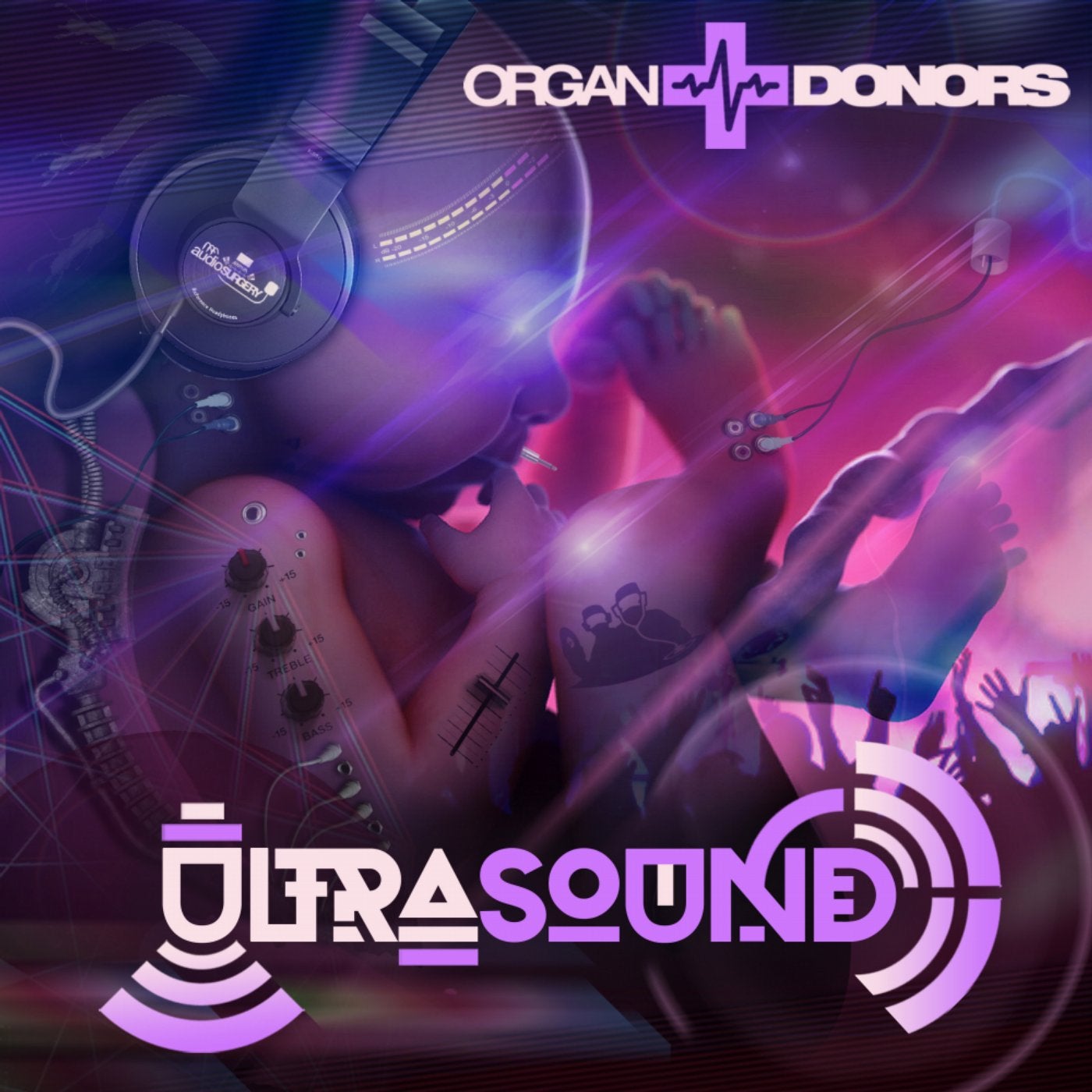 After the highly successful crowdfunding campaign in 2017, the Organ Donors now deliver what is set to be their 3rd and definitive studio album ULTRASOUND.

15 brand new genre defying hard edge tracks that are set to become their next anthems of the future. After taking a few years out of the scene, this new concept album ULTRASOUND, reflects on their history, influences, journey through genres and ultimately their musical rebirth.

With millions of youtube views over two decades, the Organ Donors have transcended genres and helped pave the way for the modern boundary-free era of harder electronic dance music. Their tracks on the infamous Nukleuz Records were some of the biggest of that era and they entered the UK Top 40 twice with both '4 Tribes' and 'Blackout'. Their tracks have amounted to 100's of Radio 1 plays, features, and they have also guest mixed and been interviewed multiple times on various Radio 1 shows. Their smash hit 'Turntablism' on Tidy Trax was played 7 consecutive weeks on Radio 1 and went on to win tune of the year at the 2006 Hard Dance Awards. They set a Beatport record when they held the Number 1 spot on the Beatport Top 10 chart for almost a year with their remix of 'Bassturbation' which also went on to win hard track of the year. These career accolades helped them work with and remix some of the biggest names in electronic music and took the Organ Donors live show the world over.

With their larger-than-life stage presence and original music style, the Organ Donors continue to defy genres and gain the support and respect from fans and artists across the globe.

Their new album ULTRASOUND ​will set new standards as the Organ Donors return to the harder edge music scene with a vengeance.