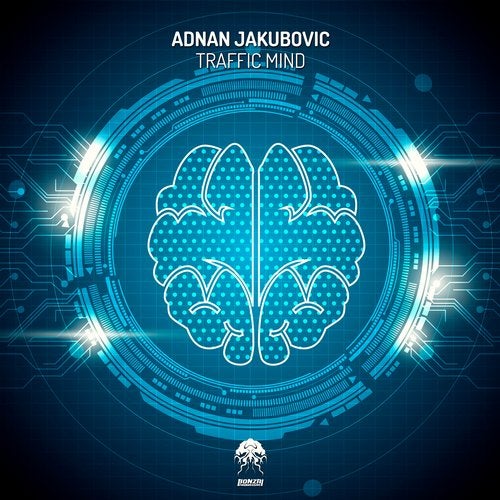 Hailed as one of Bosnia and Herzegovina's pioneering producers, Adnan Jakubovic debuts on Bonzai Progressive with the superb Traffic Mind. With an impressive catalogue of quality tracks, Adnan's production simply has no boundaries and he has never set his music under one style. His style is one of energy and love with each track carrying many characteristics from multiple genres. His first track was released in 2011 and in August 2013 he began his monthly Big Bells podcast on Tenzi.FM radio from India. Today, Big Bells podcast has thousands of listeners worldwide and is being played on several different radio stations every month. Since the beginning of 2016 Adnan became even more active and plays at many parties and festivals across Bosnia and Herzegovina and the region as well as Serbia, Croatia and Slovenia. One of his greatest successes is his song Afraid of Happiness published as a part of Initializing V compilation for Suffused Music in Lithuania which was later signed as a soundtrack for K.O.D.O.B.O. - a film currently in production in Los Angeles. His tracks also appear regularly on Beatport's top listings making him a much sought after artist. Great to have him on board. The Original Mix sets a deep progressive tone right from the off as chunky kick drums pave the way alongside subtle percussions and a powerful sub bassline that bubbles up from the depths. Swirling, eerie pads fill out the background as haunting vocals creep in. Surreal melodies float through the sound giving off a true underground vibe. Superb stuff that will keep the groove alive in any late night set. Fresh off the back of his most recent BP slice - Farewell Inti - JoC H steps up to the remix desk with a sublime effort to get the progressive juices flowing. Here JoC H takes us on a sublime journey deep into the progressive abyss with a superb construction made up of tight beats, rhythmic percussions and ethereal cascading melodies. Punchy kicks are at the forefront with crispy hi hats on the offset that generate a nice flowing rhythm. A strong bassline commands the low end as it probes deeper and deeper while those melodies glide effortlessly through the groove. Top notch stuff indeed. After a short hiatus we welcome back Samotarev who dishes out his latest remix on this one. Last time we seen this guy here was back in June 2016 with the stunning Voice Of Phangan which gained a lot of support. Here he takes us deep, way deep in the progressive sound. Leading the way we have a solid kick that is joined by a bright closed hat and pulsating pads. The bassline keeps the groove firmly in the underground with its hypnotic gait. Cool percussive elements deliver a steady rhythm while mysterious vocals lurk in the background. A fantastic cut that will definitely turn a few heads.