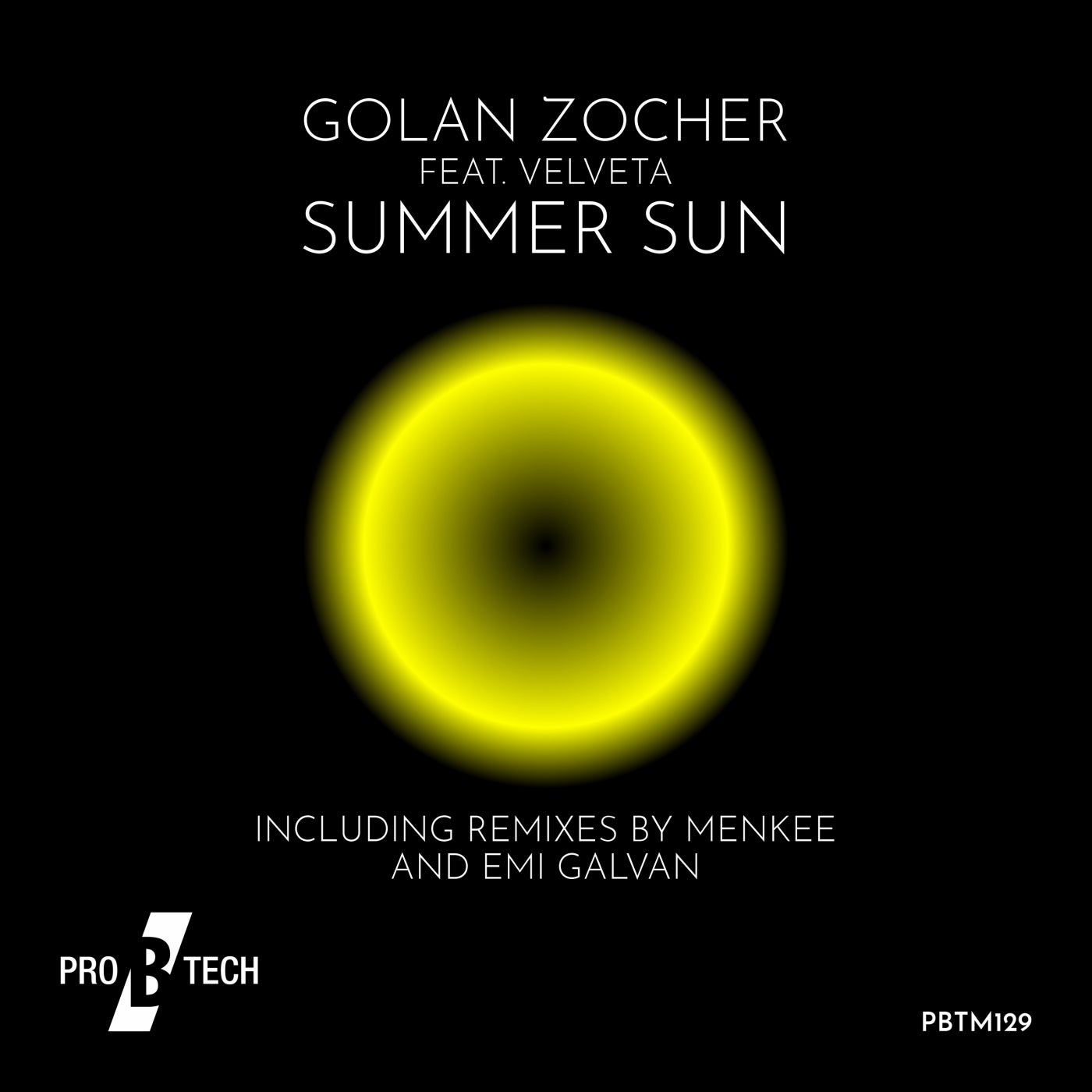 Next on Pro B Tech Music is an exciting release that will hit you with summer vibes and melodic spins. Golan Zocher presents his Summer Sun' EP integrating the beautiful voice of Velveta, with Emi Galvan and Menkee bringing in their own creations on remix duties

Emi Galvan brings an energic, dark and positive edge to the original making this track a full-on mesmerizing contrast,

And finally, Menkee takes it up a notch with a full-on Progressive melodic and driving Gem.

This EP has only been in the hands of a very few select on a pre promo tester, already this has seen major success with Hernan playing out the Menkee remix on Resident 531 as well as Emi's remix on his recent Hungary show, DJ Ruby has also provided support on Emi's remix on his recent tour including Barutana/Belgrade and Nick Warren supporting at Barutana - (some promo links below)