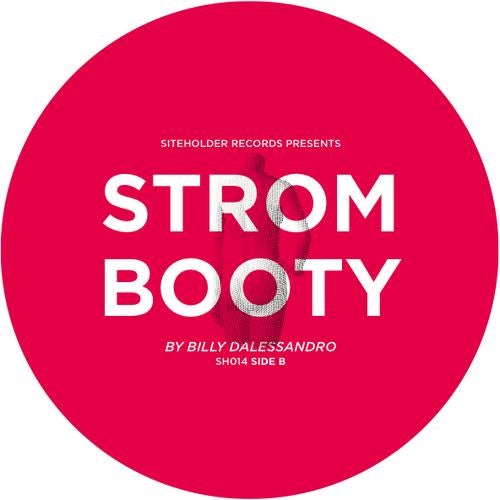 2009 has been an extremely busy year for Billy Dalessandro. On top of having recently relocated from his hometown of Chicago to Montreal, the year has marked his most engaging yet in terms of gigging and musical output. Along with a successful three-month European tour, Billy released a string of highly acclaimed singles, and his latest artist album (not to mention his growing catalog under the Huge Hephner and Tyrone aliases). However, it should come as no surprise that the producer has saved the best for last.

Strombooty (for details, consult your local urban dictionary) is the modern Dalessandro sound, combining heady experimentation with dance floor prowess. The EPs title track is a deep, yet explosive number that creeps in subtly like dark clouds on the horizon, before raining down a devastating thunderstorm over the speakers.

The Latin-flavored El Tapatio and super-deep cut Speak To Me make up the B-side. Although the tracks represent different aspects of the Dalessandro sound, the commonality they share is a thoughtful approach to dance music that much of the formulaic output these days lacks

Digital exclusive track Firestar finishes off the EP, and is no slouch itself. In fact, Firestar is arguably the hardest hitting tune of the release providing a treat for fans of the digital medium, while also verifying that Siteholder Records has become a big time player in the global techno game.