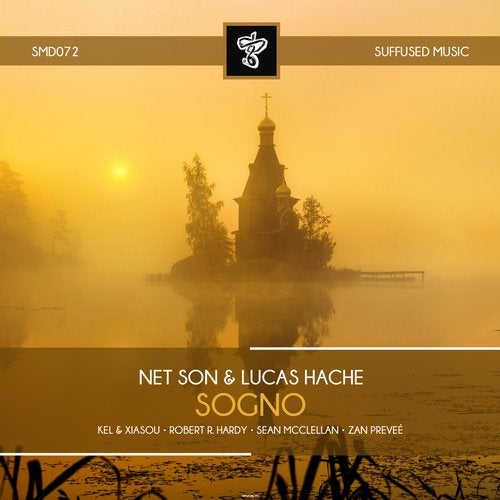 Shahin Ibrahimov aka Net Son hailing from Baku, Azerbajian teamed up with the argentinan golden voice Lucas Hache to deliver one really delicious progressive driven vocal tune called 'Sogno' on Suffused Music, as the label's 72nd release. We got four remixes on the original tune by KelandXiasou, Robert R. Hardy, Sean McClellan and Zan Prevee.
The original mix can be described as a solid house production attached with airy strings and lovely synth notes, on top of that we have Lucas's narration.
The greek KelandXiasou duo went subtle with some uplifting connection to the floating textures, merged with the main samples.
Robert R. Hardy continues to spread his mesmerizing, percussion filled progressive sound combined with the original structure.
Sean McClellan carefully put the attention on the combo of the smooth groove and dreamy melodic section.
Zan Prevee spiced his version with a bit of acid, while cut down the vocals, and make it ideal for those who are hooked on instrumental, atmospheric stuffs. - Greyloop