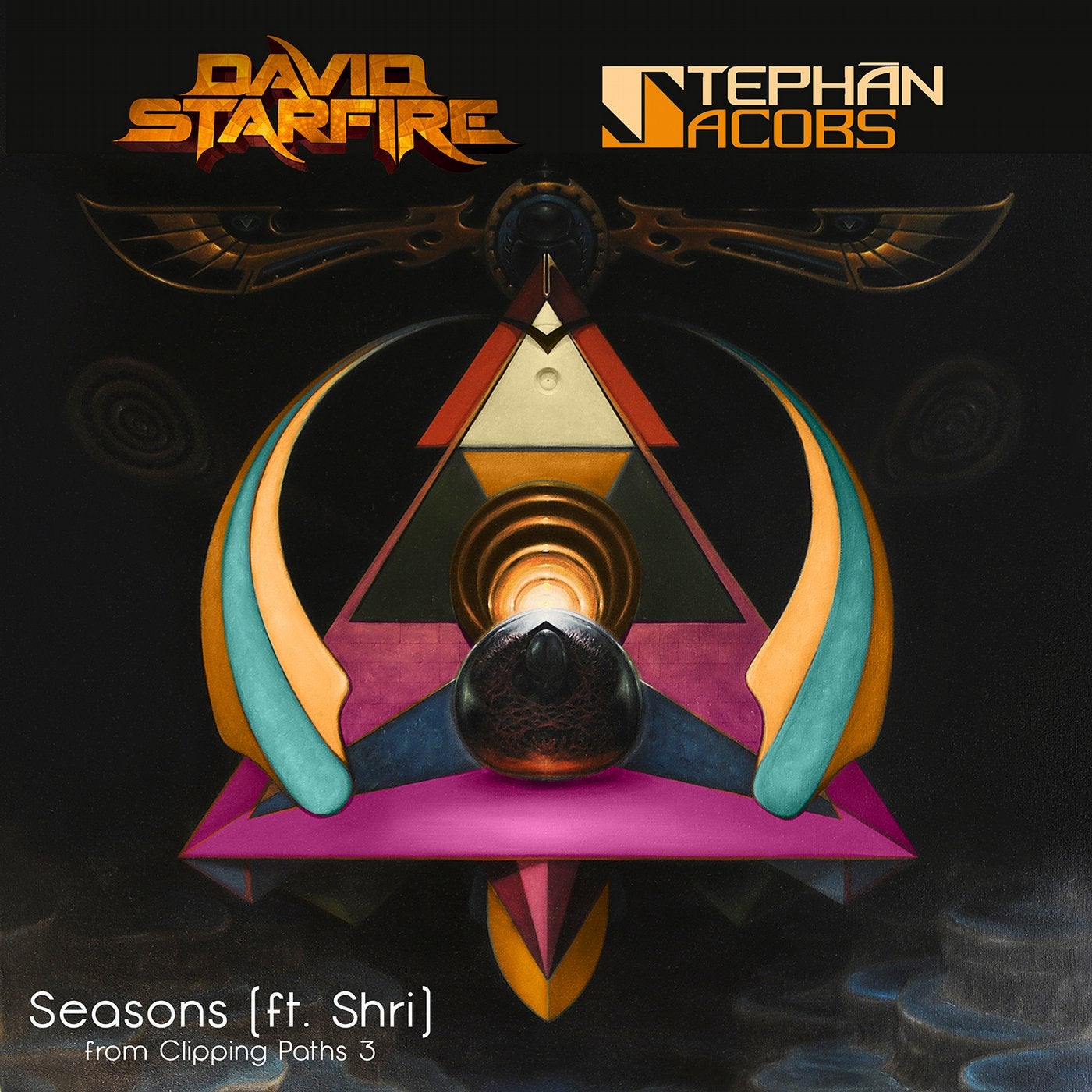 David Starfire and Stephan Jacobs musical styles complimenting each other perfectly on Seasons, with Davids background in Global-bass and Stephan rooted in Dubstep/ Drumstep and both of them having a knack for great melodies. The result is a beautiful tune, set on a bedrock of warm bass and some punchy melodic stabs. Seasons also features the beautiful voice of world reknowned pop and Classical Indian vocalist, Shri (Shridevi Keshavan), who also has performed as ShriiK and part of Gods Robots (Sony).

This single is also a preview of the vibes to expect on the forthcoming compilation Dov1 Presents Clipping Paths 3 coming out this summer on Muti Music.


David Starfire is a world-renowned producer/multi-instrumentalist/DJ that is known for his signature global-glitch- bass sound, mixing world instruments and fusing them with modern beats. He reached #7 on the iTunes World Music chart and his music is featured on various TV shows and video games. He's performed alongside some of the biggest electronic artists including Skrillex, Bassnectar, Deadmau5, Daft Punk, Diplo and countless others. He's performed at major festivals including Coachella, Winter Music Conference, Lightning in a Bottle, Symbiosis, Outside Lands, Shambhala, and Burning Man.

Stephan Jacobs is a seasoned veteran of the festival circuit, lending his talents to such noteworthy events as, Vans warped tour, Coachella, Lightning in a bottle Identity Festival, Envision, and a direct support role for Pretty Lights on the Illumination tour. His list of collaborations and official remix credits include artists such as Benny Benassi, Showtek, Emancipator, Run DMT, Ill-Gates, James Zabiela, DVBBS, Martin Garrix, and Griz. He is also a founder at Producer Social and tech venture Sesh.