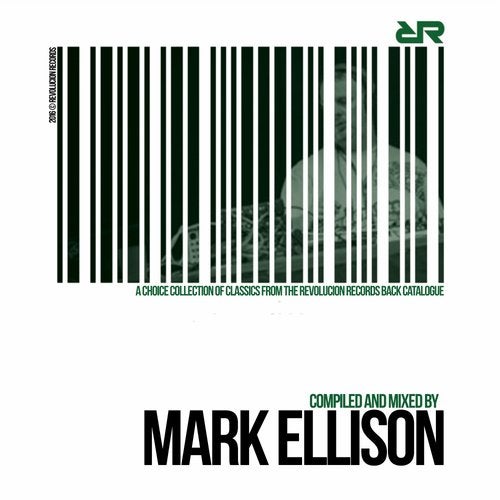 A choice collection of classic tracks from the REVOLUCION RECORDS back catalogue compiled and mixed by MARK ELLISON, over nine years of quality underground beats and spanning more than one hundred releases all mixed seamlessly into one low slung ride of deep, underground house and techno.. Mark Ellison is certainly no stranger to the underground music scene having been involved within the industry for over 25 years in various capacities, an accomplished DJ since the early 1990's he has played at countless venues, club events, festivals and radio stations across the UK and beyond. As one of the founder member of the Revolucion family since the early days back in the summer of 2007 he can now be found spending his days hard at work as label manager and head of the A&R department, overseeing a team of like minded individuals in their quest for making high quality music for the dancefloor. Starting with his own exclusive intro mix of Adrian Baiceanu's 'Tribe Of Sand' before blasting straight into the deep chunky bassline of Goran Meyer's rework of Jean Verheyen & Sergio Sorolla's 'Razorblades And Cocaine' and the spaced out techy sounds of Mike13's remix of Sean Danke's 'Bobby'. With the groove now firmly set the borders of underground house and techno combine perfectly with Mike13's 'Keep Raw' before dropping into 'Abduction' from Emanuele Di Sante which just builds and builds into the breakdown before heading a touch deeper with Amine K's superb remix of Sparkinzi's deep house cut 'Fogline'. Mark's programming skills behind the decks come to the fore with Trockensaft's 'Next Tomorrow' taking things up a level with consumate ease, keeping the groove heading in an upwards direction with the stunning percusive monster 'Jungle Rhythm' by Fulvio Perniola before dropping down deeper again into Goran Meyer's blissed out stunner 'My Shell'. With the second half of proceedings now well underway the groove continue's to build with Defbeat's organ and bass driven mix of Trebon's 'Particles' setting the tone perfectly before heading into the deep groovy techno sounds of Tim Deetakt's 'Rover' and Rickie Deane's remix of Amine K's 'Dar Gnawa'. As we head towards the finish line things head back onto a deeper tip with The Ticket's bass laden mix of Mombacker & Xavi P's 'Las Perdidas' followed hot on the heels by Iman Deeper's killer remix of Zulu Nation's 'Ubuntu' which flows perfectly into the jazz infused tech houser 'Sakare' from Debeat for a perfect ending. 15 timeless tracks which cross the boundries of underground house and techno, defined only as quality music for the dancefloor, a sound we are proud to call the sound of the REVOLUCION.