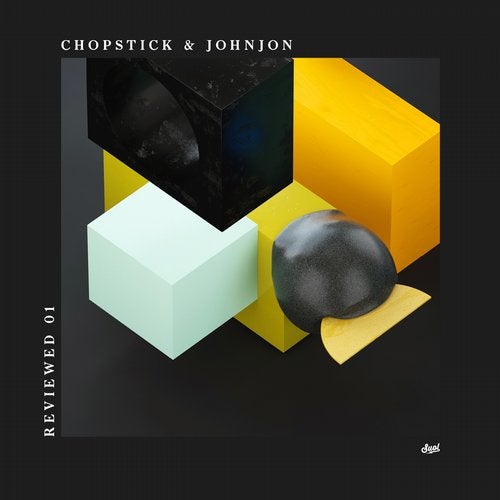 We from Suol have been excitedly looking forward to presenting our first and brand new format: "Reviewed". This will be a regular release, which will mainly highlight and recap some of the sweet spots of our artists' extensive catalogues. Each issue will be dedicated to one single artist and include original, collaborated, and remixed productions from the past, which we humbly and genuinely think deserve to be reviewed. To add some topping on the cake, the issues will also contain some brand new releases from the respective artist. Reviewed #01 will be dedicated to our originators Chopstick & Johnjon. These guys are the fundamental reason we are even able to provide you with Suol-ful music from a variety of artists. Since they established Suol Music back in 2010 and even years before, many tracks have been produced/released and some might have vanished in the shadows of others. In lights of their big repertoire, no one would blame you if some gold chunks might have slipped through your filter. That's why now we are inviting you to a trip down history lane of Chopstick & Johnjon, to give you an experience of their varying soulful, jazzy, and heavy house landscape. The current issue highlights their consistency and quality, through some of their biggest tracks - like "Listen" and "Roots" - to give a retrospect of when you were sweating your butt off on dance floors to these tunes. But it also consists of some under-recognized tracks, which passed undiscovered through the mainstream radars - like "Birds" and "Rebound - to give you a taste of what you might have missed out on from other facets of Chopstick & Johnjon. Last but not least, the compilation introduces two brand new unreleased remixes by Chopstick & Johnjon. First remix is of Siri Svegler's "Silent Viewer", which is carried by Siri's light vocal accompanied by a catchy piano loop. In the other end of the spectrum the track floats on a massaging upright bass-line, which adds on to the analog overall expression. All together, the choice of instruments in combination with Siri's soft and almost cuddling vocal gives the track a classy and french-like touch. The second remix is of Till Von Sein's "It's All In The Spirit". This is more of a late-night tale, where the track lifts you through layer by layer towards a brightening ending of the night.A subtle melodic loop sets the contrast of lightpoints in the otherwise melancholy track. Some distorted echoing vocals adds a paranoid feeling you are about to leave behind for a more luminous outcome.