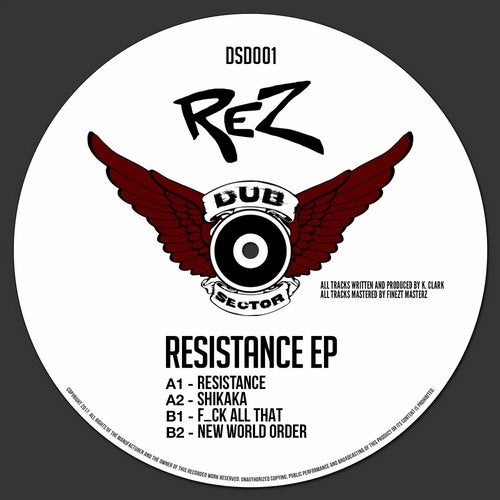 Being deeply entrenched in bass music, Dub Sector has been steadily hosting events in their hometown of St Louis, Missouri, US - regularly hosting overseas artists as well as supporting and promoting local talents. Launching their affairs officially in 2015, SeamzLegit aka Yo! Adrian has been one of the instrumental figures in providing the newly founded imprint with a quality centered, musical direction, starting off with the concentrated dosage of pure, minimal Dubstep. Cataloged 'DSD001', curious listeners will find themselves in the midst of organic mass provided by the adept hands of St. Louis-based Kevin Clark, aka REZ. The aspiring talent has already triggered waves of recognition among the vivid scene with releases on reputable labels such as UK's Uprise Audio, i.am.audio, Silent Motion Records and Prime Audio among others. Further establishing his commendable discography, he launches what can easily be dubbed an anthemic four-track EP, titled 'Resistance EP'.