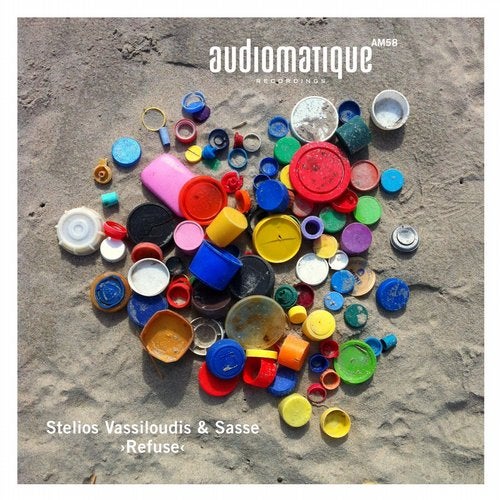 Berlin-based Klas Sasse Lindblad teams up once more with Athens' Stelios Vassiloudis to drop some more pure pressure for Audiomatique - subsequent to their 2013 release 'Options & Futures'.
Sasse has been making house for the best part of 20 years, both for his own Moodmusic label and many other imprints. Stelios Vassiloudis has also carved out his own niche, not least via his debut album on John Digweed's Bedrock label.
Here they combine their strengths again for this exceptional release - 'Refuse' is a deep, snarling house bomb, dripping in sex and sweat. The bassline struggles to free itself from its moorings, mutating and evolving menacingly over the tight, driving rhythm. Play with caution - things may get messy. Johannes Brecht's remix takes things even further down the rabbit hole - strange bleeps and blips tear through the track, which has been streamlined into a slick tech workout.
Beatport customers also get access to the killer dub version, which somehow manages to tame the wild bassline but turns up the heat on the groove.