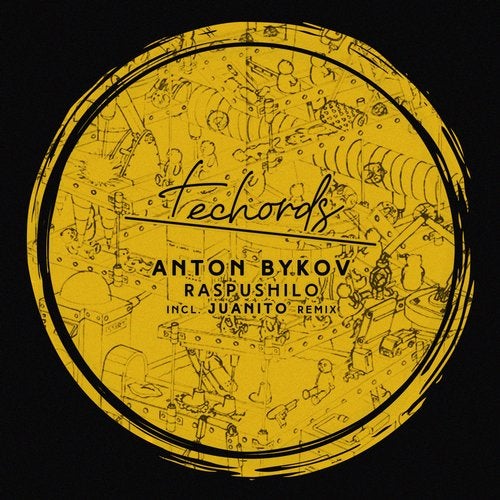 Hype
Ukrainian Anton Bykov after previously releasing on a variety of labels over the last couple of years including Playmobil, Ovrdose Records and Baikonur Recordings amongst others, brings his heat with a powerful single entitled 'Raspushilo', delivering Techords' second release.
With fast driven hip-hop influenced beats, punchy snares and toms, unique crash cymbals and a variety of female vocals to warm things up, the DJ and producer from Kiev showcases his ability on how to create unique and serious groove.
Remix duty falls to Spain's rising talent Juanito, who has been making his impact to the tech house scene for a while now via Cr2, Armada Subjekt, Great Stuff Recordings and Safe Music to name a few. The Spaniard takes the title track to an even faster path with simple drums, warm synths and the original tom pattern, creating this way a unique minimal atmosphere.