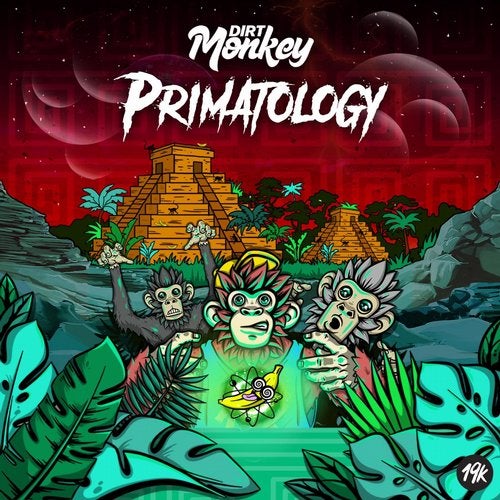 Dirt Monkey presents Primatology, his fifth full-length record and the first to be released on his own label, 19K. Featuring 14 tracks ranging many different styles, Primatology exhibits Dirt Monkey's unmistakable signature sound while proving his mettle as a fresh, versatile figure in bass music. Some standout singles include tracks that have been making rounds on the club and festival circuit for months, including "Particle Collider" and "Baile Bounce." He broadens his horizons with unexpected special guests throughout the record, including a collaboration with the legendary Tech N9ne on "Shut Up." From start to finish, Dirt Monkey leads listeners on an exploration of styles ranging from dubstep to drum and bass to hip-hop and beyond, all the while maintaining the distinct Dirt Monkey sound fans have grown to love. Expect the unexpected on Primatology, out now via 19K.