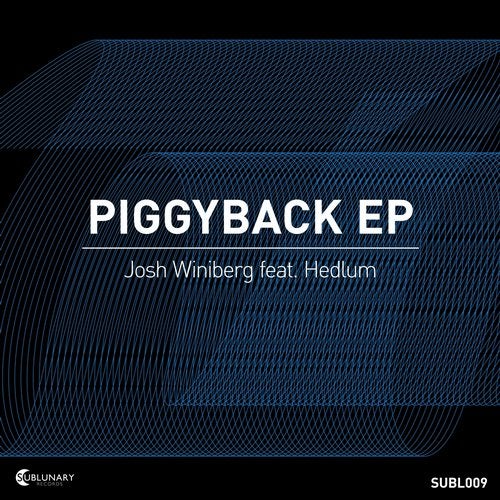 Presenting the first outing on Sublunary, UK Producer / DJ Josh Winiberg teams up with Hedlum for a big debut on Sublunary, Piggyback EP with two massive tracks to mark their arrival into 2014.

Piggyback, track named the EP directly, is a beautiful, emotionally charged record, deep and emotive, yet driving and groovy. Already gaining support from the likes from deep house scene this release is looking like a big one for Sublunary.

B Side Oracle moves into more improvised, experimental territory and takes a darker turn into the depths of bleeps and FX. Pristinely constructed with an increasing expansion of sounds it is a track that needs closer inspection to unearth the complexity within.