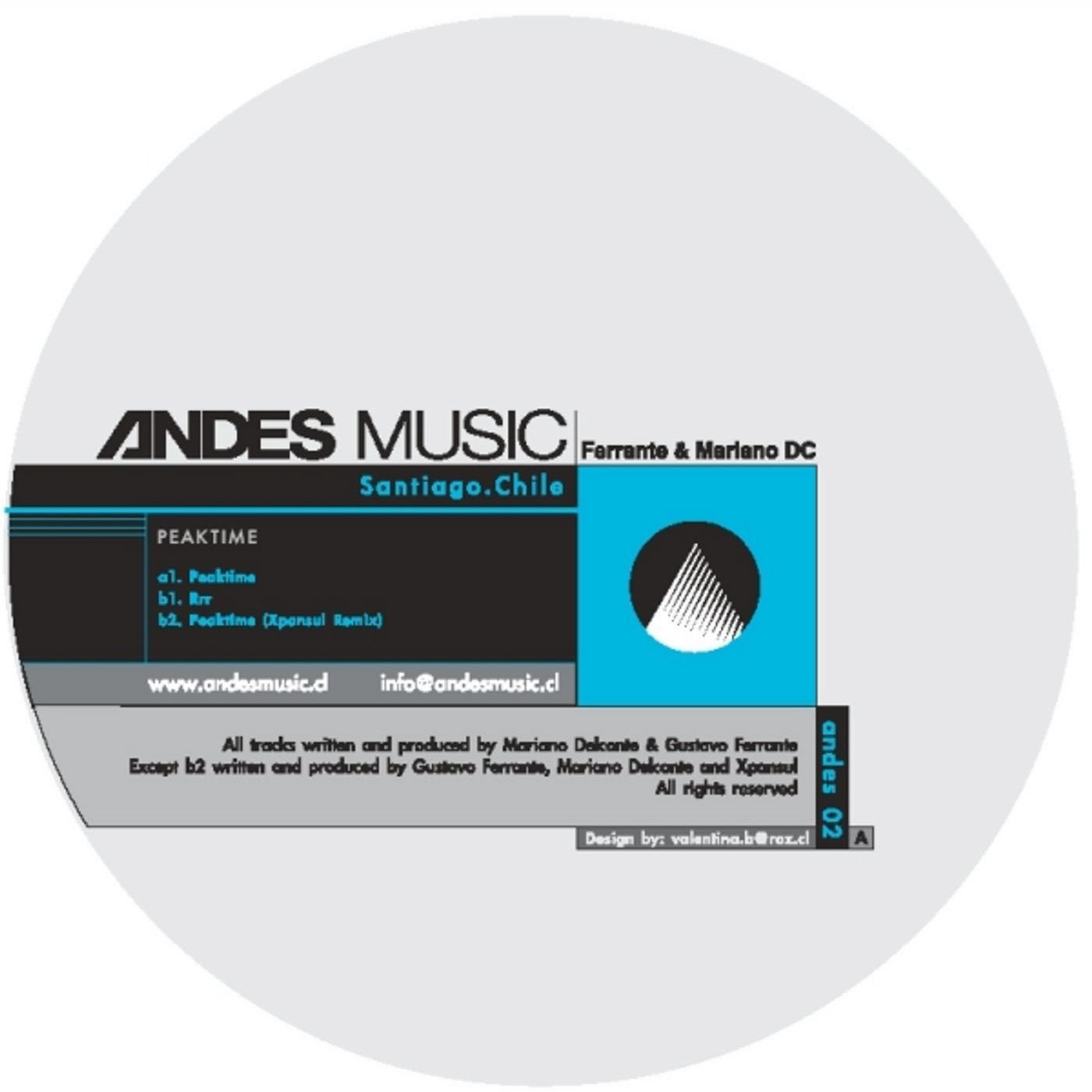 After its successful debut, the first Chilean electronic vinyl label Andes Music strikes again with its second EP, "Peak Time", featuring Argentinean DJs and producers Gustavo Ferrante and Mariano DC. Gustavo, known by his work with Marcelo Rosselot in labels such as Weave and Immigrant Digital, while Mariano is a newcomer in the international electronic circuit, but with a whole lot of history in his country. Along with them, this new Andes release includes a remix from Xpansul, the brilliant DJ and producer from Madrid that has been applauded for his latest work either by himself or together with Chilean Alexi Delano in well known labels such as Plus 8, Truesoul and Discos de Lata. "Peak Time" reinvents the concept of minimal techno, focusing on the dance floor from a tech-minimal-house perspective that is way out of the ordinary, half way between the most innovative sounds and the old school essence, which laid its foundations among the sounds of Detroit and Chicago. Xpansul provides an interesting twist to Peak Time by relaxing its rhythm while playing with its main melody. "RRR" is the track that completes this three-track vinyl in an accurate way, and when talking about this track there is no way in which we can consider it to play a secondary track, but a precious tool for the DJ when coming to control the tempo on the dance floor.