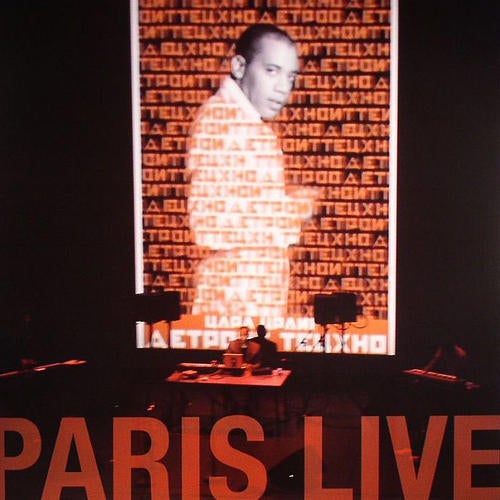 "On this EP, recorded at a live show in Paris in 2006, Carl Craig brings in guests that will make trainspotters weep with joy. Alongside Mr. Craig himself, we have Detroit jazz don Wendell Harrison on clarinet and saxophone as well as pianist/composer Kelvin Sholar and UR main man 'Mad' Mike Banks on keyboards. So what do they do with these two classics?

In the case of 'Twilight', they subtly tweak it. In the original the keyboard dictates the subtle shifts in mood, even when the euphoric synths come in. Live, the clarinet pipes up early and steals that role and when the track gets going it soars in a delirious, manic improvisation. Aside from that, the end goes a bit like an outtake from the Blade Runner soundtrack for about thirty seconds instead of just trailing off.

'At Les', by contrast, is turned into an epic opus, and that's not just on account of the near doubling of length. There's still the familiar echoing tune, just about danceable rhythm and pulsing bassline, but they're balanced by the addition of more interpretative saxophone and keyboards. The keyboards are more prominent in the live version of 'Twilight', and the superlong, angelic notes conjure up images of distant night time cityscapes. Without the beat this would arguably be a free jazz track, and the way it warps between jazz, techno and something in between gives it an intriguing and compelling appeal.

Full of praise as I am for these tracks, I can't see them appealing much beyond the Carl Craig faithful because, like B-sides and rarities, they're a bit specialised. That's a shame because, especially in the case of the live version of 'At Les', they're arguably better than the originals." RESIDENT ADVISOR REVIEW