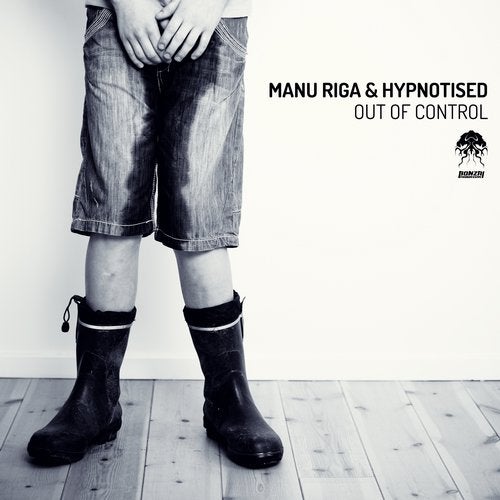 On form Belgian music maestro Manu Riga joins forces with the equally talented Hypnotised aka fellow countryman Kristof Dehantschutter on their first collaboration - Out Of Control. Manu Riga is renowned for his beautifully crafted sounds which have become embedded into the psyche of deep progressive and tech vibes. His sound has carried far and wide and championed by many giving the listener a sense of depth and meaning. An accomplished musician who utilises all forms of creating music, from traditional hardware to the latest gadgets and software. His last outing here - Fire In The Sky, proved popular as did his latest remix on Wolfson's Too Loose. Kristof also goes by Man On The Moon, a moniker he has released with on our Green Martian imprint with Sense. He is the owner at AH Digital where he sources quality progressive vibes from new and established artists alike. His labels' releases enjoy great support from top jocks around the world and have also seen several top spots on Beatport and other important online portals. His own tracks have also appeared on some of the best labels and, along with his partner in crime - PatriZe, they showcase their talents on various online radio shows each month. Originally from Gent but residing in South Africa, we're delighted to have him on board along with Manu Riga.

The Original Mix intros with a dark progressive groove in mind as thumping kick drums are joined by deep tones and hypnotic percussions. Shuffling hi hats carry a flowing rhythm which completes a super tight drum arrangement. Subtle arps and contrasting deep voices lurk throughout as melancholy takes over the thanks to beautifully crafted sequences. On the low end the track is driven by a solid bassline structure that will keep the floor rocking. A powerfully strong slice that will cause a stir on the scene, not to be missed.

It's been a while since we last saw Yuriy From Russia here, but now he is back with a superb remix that delivers a solid progressive groove. On the remix here he takes us on one of his sublime journeys through prog and beyond. Starting with a nice pumping kick drum and a deep rumbling bassline, subtle arpeggios fade in creating a soft melodic trait in the sound. The track mesmerizes as floating pads and serene sounds converge against a stark, deep backdrop. Top notch stuff that will not disappoint.

Ukraine based DJ and producer Oleh Cherkes aka Cherry is up next with his Remix #2. This guy is dishing out some absolute gems lately. His last effort here - Alma, was well received as was his outstanding remix for Airwave's Rain Upon My Skin. Here the remix sets a dark tone right from the off thanks to powerful bass stabs and a hypnotic drum arrangement. Sinister voices loiter in the distance while stuttering arps rise and fall. A deep probing bassline dominates the low end, giving the track its power while swirling pads and a cacophony of sounds unite into a full on progressive stomper. A definite must have no doubt.