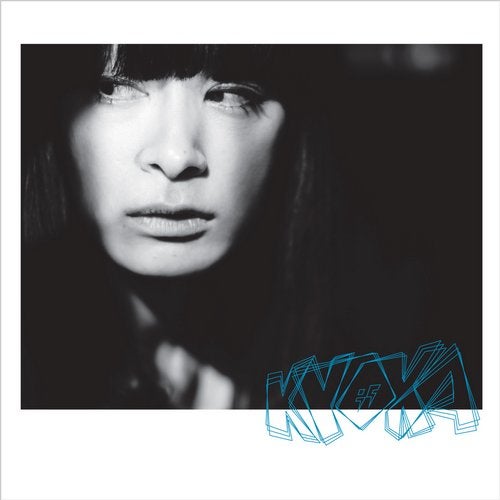 the significant novelty of kyokas first full length album »is (Is Superpowered)« is that she usesher own voice much more often than usual, in the form of short snippets as well as longer sungmelodies. these elements are set and arranged as if they were an autonomous instrument, andsometimes they give the impression of being a babelesque language mix-up, or even a kind ofcryptic message for the listener like found in the song »meander«.

the production process of the record was heavily supported by her label mates frankbretscheider and robert lippok, which is, in this way of forming a production team, a uniqueconstellation in the history of raster-noton. whereas lippok focused on preserving the roughnessand complexity of kyokas compositions, bretschneider concentrated on refining them regardingtheir fluidity and focus. both tried to keep the vitality and hyperactivity of the initial tracks withoutlosing their distinctive eccentricity.

although kyokas sound is often kind of chaotic, it is by no means stressful but rather energizingand easy to enjoy. the only exception to this can be found in »piezo version vision«, the noticeablyroughest track of the record. her particularly progressive style is best reflected by the song»re-pulsion«, a rolling groove combined with unusual clicks and snares and topped with crazysounding voice fragments.

the album thus further deepens what was already initiated with her first ep »iSH«, released aspart five of raster-notons unun series. it presents a stylistically broader spectrum of kyokas musicbut at the same time exhibits the fresh and positive, sometimes even childlike attitude she is alreadyknown for. this eventually renders »is (Is Superpowered)« a perfect extension of our label catalogue.