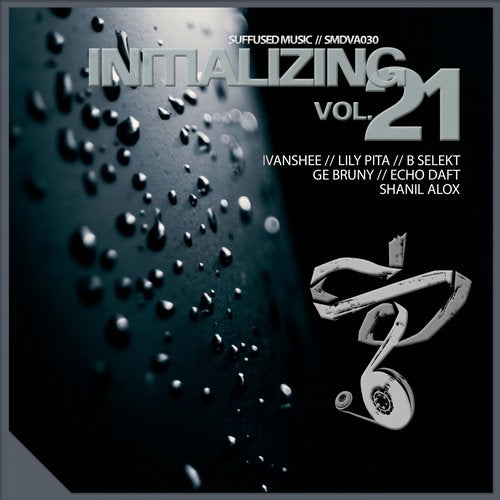 Hitting the ground running at the start of the New Year, Suffused Music celebrates 2019 by continuing the evergreen "Initializing" series. Now in its 21st incarnation, a quintet of tracks showcases a breadth of talent.

Opening proceedings, Belarusian artist, Ivanshee continues his assault on the underground progressive house scene with "Unicorn". With over a triple century of production credits to his name, a bouncing bassline immediately creates a strong rhythmic foundation with heavy beat and ticking percussive prowess. Building throughout, the track erupts post-breakdown with wonderful bass motif that rises and falls in open-filtered fashion while shimmering melodic phrases and vocal cuts add intrigue.

Fresh from an appearance on Quivver's groundbreaking "Rekonstruct", Indonesian star, Lily Pita, continues to carve a sizeable reputation for herself. A regular on the likes of BeatFreak Recordings, Soundteller and Bedrock, Pita's debut for Suffused Music finds "Alaya" characterized by a rich and enigmatic bass motif and metronomic rhythmic pattern that form the basis for an ever-growing collage of melody to emerge over the 9-minute track. Immaculately crafted throughout its different phases, the denouement sees a filtered motif take centre-stage in perfect harmony with the low-end foundations.

An artist with a rich musical history, multiple releases and a full-length album to his name, Berlin born, B Selekt reflected a move to a deeper sound with a name change. Following up on 2016's "Samt" for Suffused Music, "030 Deep" is a smoldering track that is as dark and cavernous as its name might suggest. A huge low-end presence will make bass cones melt while a rapid-fire percussive groove creates dancefloor presence. Pausing for breath with a stepped chord progression at the breakdown, rhythm and bass dominate once again in the third movement to maximum effect.

A 2017 newcomer to the underground dance scene, Ge Bruny has made an immediate mark with impressive releases on Flemcy, Dear Deer and Superordinate. A love of "harmonies and inspiring melodies", a debut for Suffused Music does not disappoint. "Otherwise" is chock-full of flowing melodic lines and sparkling arpeggios that entwine together in perfect harmony before reaching a zenith in the second half. Backed by rolling groove and deep kick, the result is an impressive debut.

Newcomers Echo Daft and Shanil Alox combine forces for their debut release. Both successful in their own rights throughout 2018, work signed for the likes of BQ Recordings and Electronic Tree has shone a light on their individual work. "Third Power" is thus an innovative track that showcases a delay-laden lead motif that pitches in incongruous fashion throughout the 8-minute piece, building to a rousing crescendo throughout the second and third movements. A strong rhythm provides the perfect framework for the intriguing musical narrative in a strong Suffused Music debut.