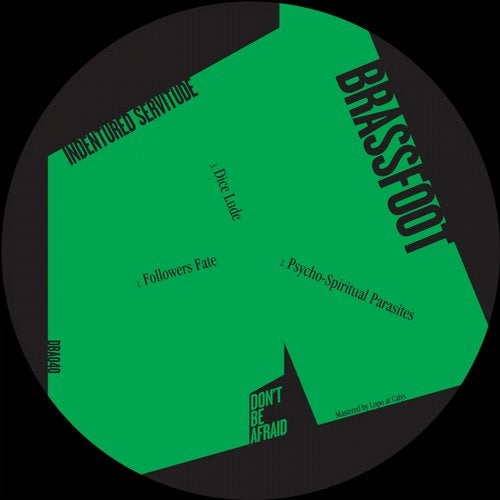 Brassfoot makes his DBA debut following a number of appearances at the DBA Presents parties. Since breaking through with his Apron EP on Funkineven's world-leading label in 2015, Brassfoot has turned heads with releases on UTTU, Paul Du Lac's Bio Rhythm, and his own seminal NCA Recordings. On the Indentured Servitude EP Brassfoot showcases his own unique stepping house and techno flavour across six tracks, with time to meditate and reflect between the party-starting peak timers also included.
"Blinds down, crouched over my desk, I switch on my machines. Whatever the final result is, I wouldn't even bother unless I was having fun first. Sometimes there's just one tiny portion of magic after a long recording session, but it's always about the enjoyment first. It's dark inside and it influences the mood of the music. It's also dark outside and it's obvious where that leaves its mark." (Brassfoot, 2018)