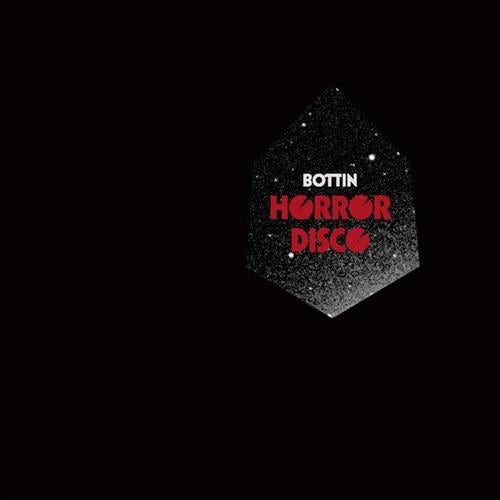 Bottin, AKA Guglielmo Bottin, first crossed paths with us at the Carnival of Venice. He was playing live synth whilst Bearfunk head-bear Stevie was DJing. After more DJing & some jovial keyboard sessions and some seriously impressive listening, we knew we had just found our favorite new Venetian.

The Horror Disco concept all started with the chance loan of a noisy, old, incontrollable, 70's Farfisa Syntochestra synthesizer. This proved to be the weapon of choice for several of the tracks on the album (Mary Lewis, Magnetic Cat) with Bottin building up hand-played layers old school style. A few tweaks of the Farfisa led our man to the world of sounds he grew up to: the soundtracks to Italian slasher B-movies (like those by Lucio Fulci, Bava, Argento & Alberto Martino), but also futuristic horror scenarios, cosmic travels and close encounters with space vampires... The die was set.

Horror Disco melds these soundtrack and aural ideas with a 100% disco album. One that drifts away from most of the soulful elements of disco and one that is dirtier, warmer and less polished than contemporary Scandinavian nu-disco. The album is wide and varied;
"Slashdance" gives us a Goblin-esque robo-vocoder-disco, "Roger Bacon" is pure cosmic groove, whilst the Italo-disco-Thriller "Disco For The Devil" features the vocals of Italian-based, UK-born session master Douglas Meakin - who back in the day was lead vocalist in Simonetti's Easy Going and Crazy Gang cult disco projects.

The film influence is ever present too, "Horror Disco" is the Giallo intro opener. "Venezia Violenta" is the imaginary soundtrack to a futuristic cowboy flick Westworld and the closing track "Endless Mother" is pure John Carpenter 1982 vibe, rejuvinated by a screaming synth ostinato. The well-received, recent, single and Italo chunker "No Static" is also included.

"Horror Disco" is an impressive album with a rare attention to detail. We hope you like it as much as we do.