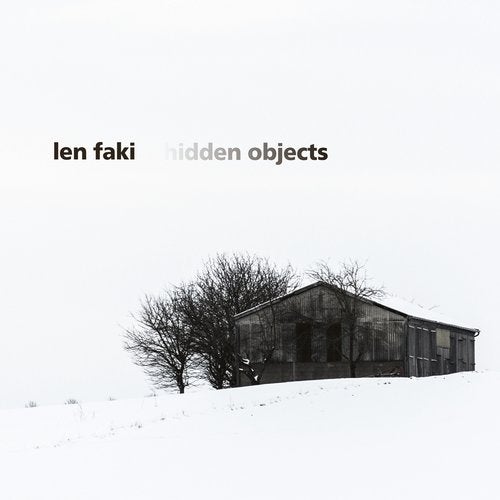 With the release of this set of remixes Figure head Len Faki reveals previously unseen shades of both the source material and his own musical identity. Produced over the course of last year and originally never intended to come out, the Hidden Objects were to remain just that hidden from anyone but Faki himself who was privately developing a different side of his in the studio.

This effort first lead to deliberately constructing an antipode to Slams Cirklon Bells. Contrasting grainy distorted noise and stuttering drums against the light and ambient melody of the original, the remix turns into a bittersweet yet beautifully soothing listen.

Feeling inspired by this novel approach of turning a tracks atmosphere and energy by means of opposition, Faki decided to apply it again to one of last years biggest remixes, his own re- interpretation of Scubas Black on Black. This time going into the opposite white direction, a more musical and melodic side of Len Faki is allowed to shine through when big, anthemic pads hover over a bouncy bassline and an epic breakdown gives ample room for the tracks groove to rebuild from scratch.