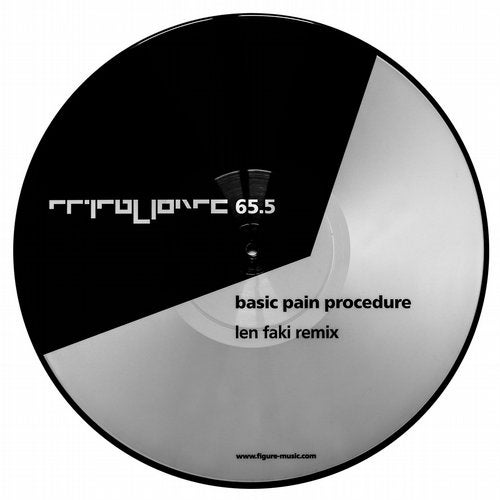 Len Faki initiates a new series on Figure. A hybrid of picture disc and classic vinyl, 65.5 looks to the future of the label in a bold statement both musically and aesthetically.

Already well known for his precise productions, and with a wealth of Remix credits under his name, DJs have come to know exactly what they can expect from a Len Faki production - pure quality and dedication to his art! With other key Figure artists expected to contribute to the concept too, we're excited to offer up this beautifully crafted series of collectors items.

The classic rattling techno stabs of 'Basic Pain Procedure' are reworked into a storming deep quest for the floor - one for the heads, the original was produced by a certain and much heralded UK duo in their early years of operations Len Faki takes the haunting, bare bones of the original and modifies it gracefully, resulting in this high-end reprise. Emerging from the hazy echoes of a late 90s rave in the UK, by way of Chicago, the classic synth line could be the epitome of a genre that seems to live on timelessly without borders or the need for hype: Dub Techno Spirit 2015!