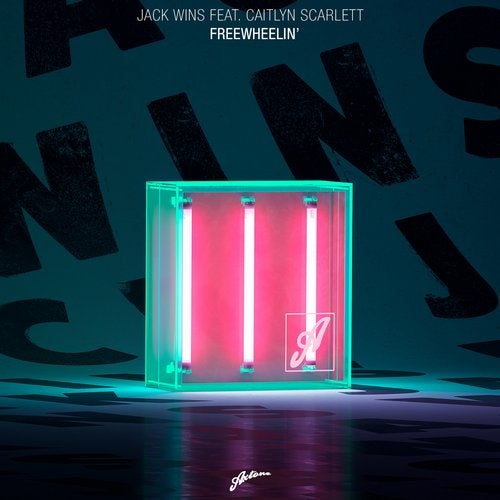 With 2018 in full swing, Axtone are pleased to welcome a fresh face to the family for the first in a number of releases throughout the year. 'Freewheelin' feat. Caitlyn Scarlett follows on from Jack Wins' official remix of Axwell ? Ingrosso's 'Dreamer' - certifying their support for the London-based Dutch DJ and producer.

Hailed by DJ Mag UK as one of their 'Ones To Watch', 'Freewheelin' follows on from releases across Armada Deep and Mixmash - notably 'I Used To Love You', which made the top 10 on Beatport after major taste maker support. It wasn't long before BBC Radio 1 picked it up, which made the record trend on Shazam's UK Dance Chart as well as surpassing 5M Spotify stream to date. Not forgetting A-list remixes for the likes of Ed Sheeran, Clean Bandit & Dua Lipa. Jack Wins also recently collaborated with Jonas Blue and is now set to show dance music fans from across the globe what they've been missing.

Caitlyn Scarlett lays her incredible vocals down on the record, as well as her prowess as a songwriter. The millennial songstress has been making waves online with taste maker support from the likes of The Independent, Wonderland ,CLASH, The Line of Best Fit and The 405 - with the remix of her latest single featuring on the Majestic Casual YouTube channel along with a plethora of Spotify playlist support.

Stay tuned as Jack Wins looks ahead to a wealth of original material, official remixes - including a personal invitation from Kygo to remix his forthcoming track - as well as international shows & festival lineups throughout the year.