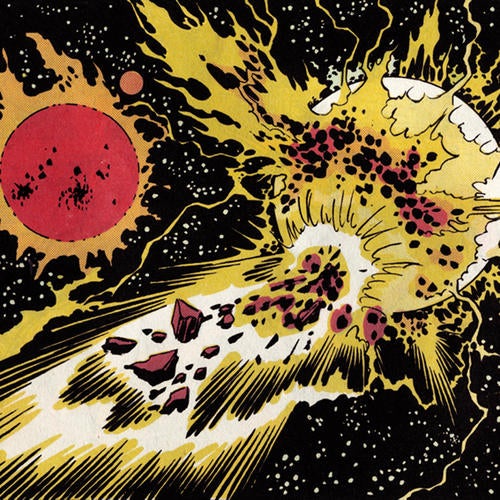 "Two years ago, during a trip, I drove to a small place named Putivl, near the town of Konontop. There I realised how much I love Ukraine. Too many things in this land about history, secret past ... And I wanted to create a national hero Vakula, as in the old Ukranian fairy tales." It seems like an age since the last one but Firecracker are finally ready to drop their 6th release, and lordy it's huge! A four-track EP from premiere Ukrainian electronic artist Vakula that's crammed with analogue rawness, soviet synths, sci-fi soundscapes and a Detroit state of mind. His music sits perfectly with the current early house revival, along with his Afro-American influence, but in truth its much closer to the Ukrainian land and its culture. Music which is simple and melodious as Taras Shevchenko poetry and fat as Ukrainian lard. So even when his drum machine starts to beat in a Theo Parrish style, we still hear a story that's far away from America - "when I was 13 I shepherded outside the village" And that is what Konotop House is!