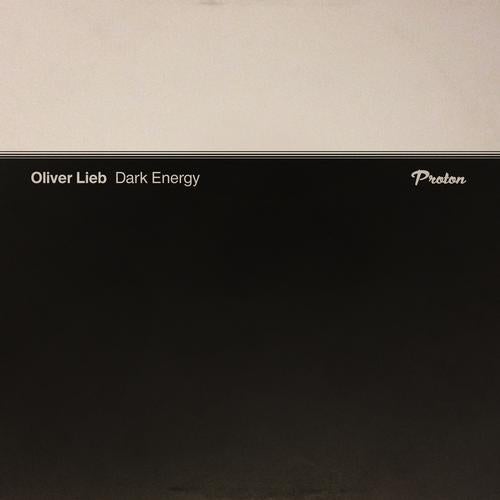 From trance to techno, Oliver Lieb has been a pioneer of the electronic music scene since his first involvement in 1988. Some 300 production credits later, under a dozen different production aliases, and Frankfurt based Lieb is still very much at the height of his prodigious powers. Surrounded by cutting edge studio weaponry, he continues to reign supreme with a devastating supply of techno missiles that recurrently lay waste to dance floors across the globe, finding their target at Proton Music with laser-guided precision in the form of the twin-track "Dark Energy" EP.

A career that has drawn influences from such diverse quarters as Kraftwerk and Pink Floyd over a quarter of a century has been rich in musical diversity. Three full-length experimental albums for Sven Vath's Harthouse imprint under the Spicelab moniker were contemporaneously supported, over the course of a decade, by a further five albums under the LSG name. Signing work to Platipus, Hooj Choons and Deep Dish's Yoshitoshi Recordings en route, the Oliver Lieb name has left a sizeable impression within the historical context of modern electronic music.

In recent years, Lieb's relationship with the techno and tech house scene in particular, has blossomed into something spectacularly vibrant and colourful. 2011 saw a nascent relationship with John Digweed's Bedrock Records quickly burgeon into a substantive partnership as, first, the track Parallax was signed to the "Structures Two" compilation, followed by the Epsilon Eridani EP and "Collaborations" album with Jimmy Van M as, "The Audible Suspects" in 2012. Work for Parquet, Natura Viva and his own label Maschine in 2013 continue the Oliver Lieb narrative as remixes of Solee, Fran Von Vie, Citizen Kain and David Cali co-exist alongside a plethora of mesmeric solo material.

Marking his debut for Proton Music, the "Dark Energy" EP opens with the deep, rhythms and undulating, fizzing sweeps of "Caldera". A carbon fibre coated kick drum provides metronomic precision as hi-hats and shakers pit their sonic wits against a crystalline lead motif that lacerates through the pulsating texture with the consummate ease of an oxy-acetylene torch. A distinctive, intermittent vocal whoop is the final ingredient in a potent brew that is sure to bring volcanic dance floor mayhem.

Title track, "Dark Energy" continues the rhythmic flavours of its predecessor as a kick drum snaps with bone shattering ferocity, simultaneously resonating its fundamental frequency through the chest cavity. Fizzing, sizzling white noise effects bristle with dynamic energy before a searing lead line hits like a bolt from the ether, piercing the stratified sonic layers in joyously unnerving fashion as it rhythmically pulsates through delicately controlled electronic disarray.

In a rapidly expanding universe, Oliver Lieb's "Dark Energy" is certain to accelerate his significant and growing stature within its peripheries.