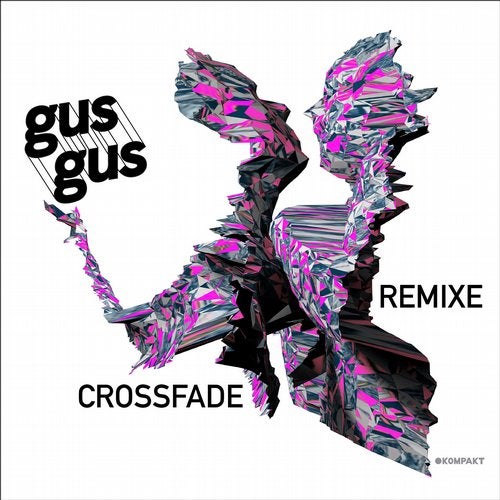 It's the first vital sign of the upcoming new GUSGUS full-length - primer single CROSSFADE unites all the beloved traits of Iceland's iconic outfit: the flamboyant vocals, the anthemic pop infusions, the driving beats. You'll need experienced remixers to tackle this kind of larger-than-life glamour, but with MACEO PLEX, KONSTANTIN SIBOLD, MICHAEL MAYER and GLUTEUS MAXIMUS we've rounded up an impressive posse of producers that know how take their cues from this vibrant piece of music. As on the highly acclaimed, best-selling precursor album ARABIAN HORSE (KOMPAKT 231 CD 89), CROSSFADE is a track that brings together its ideas in a stunning whirlwind of locomotive bliss that is as loco as it is exhilarating. It's up to the remixers to cut through the defensive wall of diamantine melodies and monomaniac narration to vivisect the inner workings. MACEO PLEX leads the pack with a highly kinetic revamp shedding the surplus regalia in favor of a sleek, vigorous club edit that encapsulates the original's stimuli in a few, extremely well-placed hooks. KONSTANTIN SIBOLD follows with an effective, slightly leftfield-ish rendition that places special emphasis on the songwriting properties of CROSSFADE. In contrast, MICHAEL MAYER leaves out the majority of the vocals to focus on a slinky disco boogie dub that is both enticing and insolent towards the towering might of the original. GUSGUS' very own President Bongo rounds off the package under his GLUTEUS MAXIMUS guise, recasting the track as a shuffling late-night diversion performed by a cyborg crooner running out of oil.