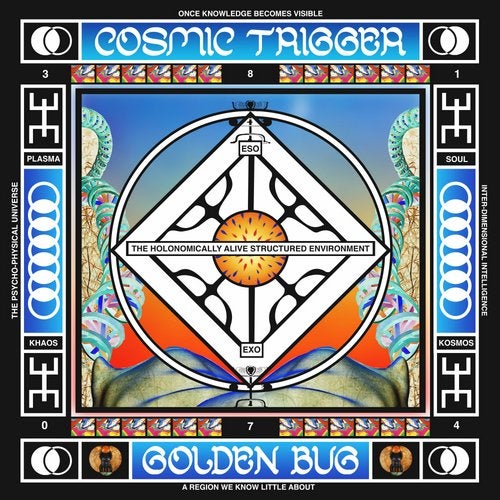 If this all sounds too psychically challenging  for a peak time party DJ set, take comfort in the supremely playable acid antics of the ever reliable, Marc Piñol. Subdued ecstatic house, this remix perfectly reflects those rare moments of MDMA-bliss where one's heart is FULLY open while one's dignity remains intact. Clearly a producer you can count on when you get high and still want to dance.

Ordained drum-machine funk-monk Krikor smashes Yama into a post-Anthropocene Jamaican dancehall where cyber-dreadlocks connect mankind to ORICOM, the Gaian matrix. To be featured in the rave scene in the upcoming MATRIX feature film starring Keanu Reeves and Richie Hawtin as The AI.

Finally, the classically brilliant Andi Otto stretches Tamba out with careful adjustments, like a classically trained musical yoga teacher, leaning in to deepen the release in your hip crease.

If that package couldn't sell itself, then the splendid psychedelic frame of artwork that Ventral is Golden created will surely catch eyes and lure in listeners with the inclination to re-align and reach their highest potential as listeners in absolute union with music.