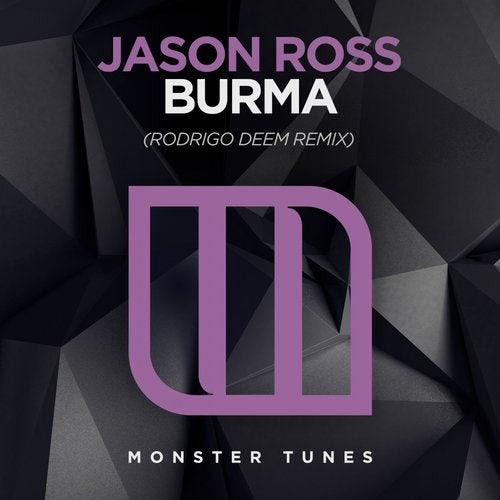 Early 2014 saw the true beginning for Jason Ross, when 'Burma' was released on Monster Tunes. It featured on Above & Beyond's Group Therapy radio show no less than three consecutive occasions, whilst also receiving the Record of the Week accolade, which is no mean feat, but one achieved by the American hot shot.

His tracks have proven to be bona fide dance floor gold, blasting through sound systems at Madison Square Garden, the EDC Vegas Main Stage, and countless other venues. The balance of powerful emotion and electrifying energy created in his productions is proving to be a perfect yin and yang, earning him the 'future face of trance' crown by Electric Daisy Carnival creators Insomniac.

Since 'Burma' he has released a sequence of galvanizing tunes, including 'Elements', 'Cairo', and his collaboration with Wrechiski, 'Atlas', which quickly shot up to the #1 spot on the Beatport Trance chart.

So without further ado, we introduce a brand spanking new remix of 'Burma', by the incredibly talented Rodrigo Deem, following on from his debut single 'Paperdoll' also for Monster Tunes earlier in 2016!

'Definitely one of the best trance labels out there' - Armin van Buuren.
Established in 2004, Monster Tunes is one of the World's leading Trance and Progressive electronic dance music record labels.