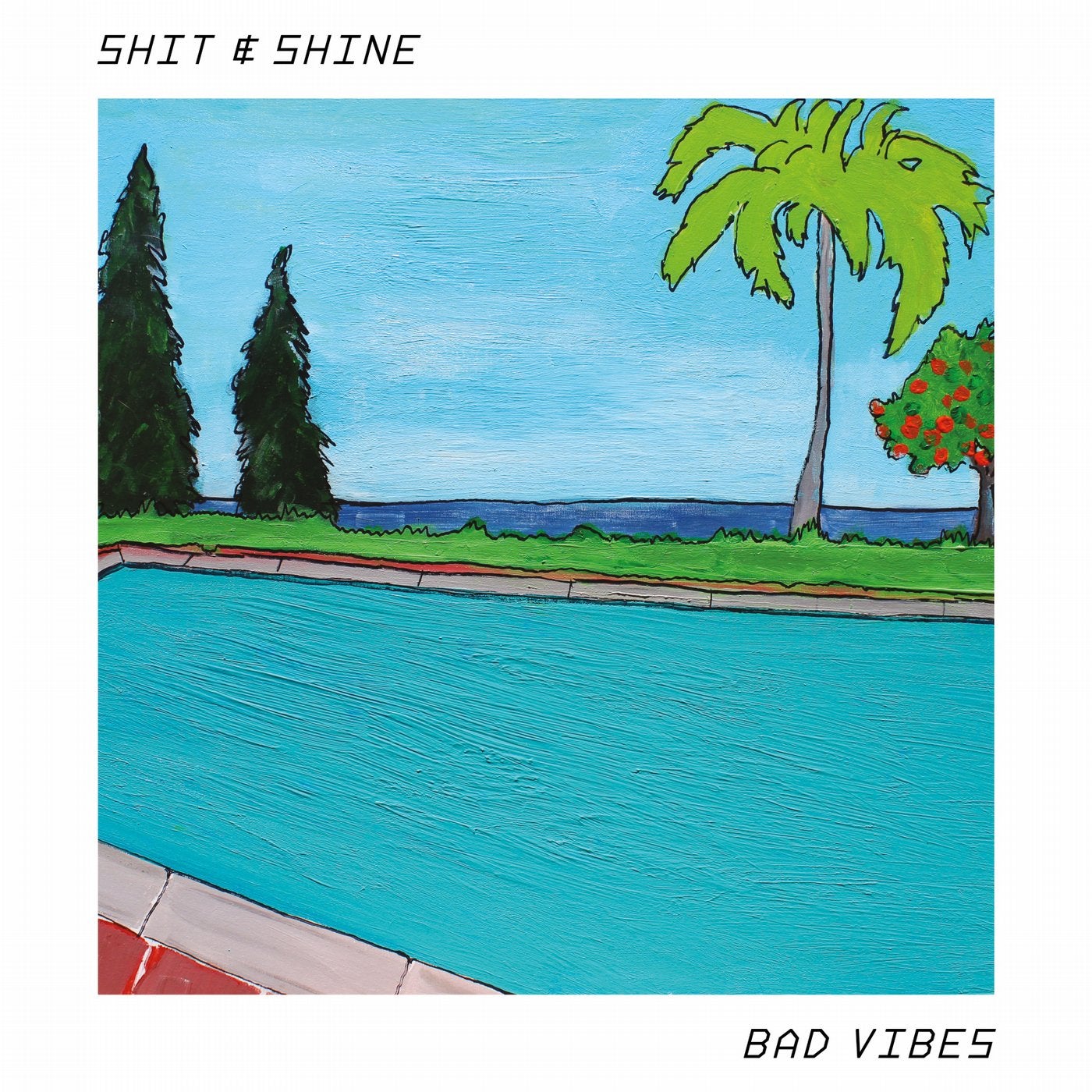 Trapped in a nightmarish psychic landscape midway between the bars of Texas and the bass-bins of Berghain, Shit And Shine are back for the attack, volleying forth across the consciousness with a delirious voyage into the nether. 'Bad Vibes' is a singularly appropriate moniker for a collection of audial explorations that dauntlessly set off down labyrinthine mind-maps to oblivion, all the while with an Acid-House-style smile plastered on their face.

The sonic misdemeanors of Craig Clouse have taken on many forms in his thirty-odd-year travails through transgression, moving from London to Texas and back whilst journeying from the grinding noise rock of Crown Roast, through the Amphetamine Reptile abjection of Hammerhead and the deadbeat riffage of Todd, all the while with a savagery of delivery, an experimental mindset and an off-kilter sense of derangement high on the agenda.

In retrospect however, all other projects appear little more than a mere warm-up for Shit And Shine, a beast which - over the course of the last fourteen or so years and thirty plus releases on labels as disparate as Riot Season, Editions Mego, Diagonal and Load - has proven itself capable of morphing into new, terrifying and destructive shapes seemingly of its own volition, in a manner not altogether unlike the alien protagonist of John Carpenter's The Thing.

Whilst initially Shit And Shine was a vehicle for bloody-minded multi-percussive rhythmic drive, Faust-style avant-incongruity and brain-curdling noise - as on early gems such as 2005's 'Ladybird' and 2008's 'Cherry' - a move more recently to the realm of binary barbarism and BPMs has only upped the stakes still higher in their quest for absurdity and abandon. 'Bad Vibes' - their fourth release for Rocket after 2017's 'That's Enough', 2015's '54 -Synth Brass, 38 - Metal Guitar, 65 - Cathedral' ,and their earlier 'Collisions' split with Gnod (one of many Rocket bands to have been heavily influenced by $n$) is a culmination of everything Clouse has lurched towards thus far. A freewheeling assault on the senses and all or any sensibilities, it infuses the monomaniacal mindset of techno and house with the caligulan mania of The Butthole Surfers, as skeletal techno, sample -strewn collages, kraut-fried repetition and dementoid electronic scree are thrown heedlessly into a blender with tantalising and terrifying results.

This is a domicile where the sinister Badalamenti-damaged shuffle of opener 'Bottle Brush' is more than comfortable alongside the sunstruck abstract disco fervour of 'Yeah I'm On Acid', one whereby pulverising 303-driven piledrivers like 'Mingler' and 'Backstage Passes!' lock horns with the industrial-tinged murk of the title-track, and one in which the disembodied and sampled voices of a PCP-afflicted 1988 James Brown and the drink-and-drug-slurring protagonists of the seminal 'Heavy Metal Parking Lot' can only bellow in horror at the chaos that surrounds.

Fresh from yet another demolition derby between high trash and the lowest avant-garde, 'Bad Vibes' is the sound of the Shit And Shine jalopy rocketing way beyond the speed limit on the lineage of the lysergic. Frankly, you'd better either get on board or get well out of the way.