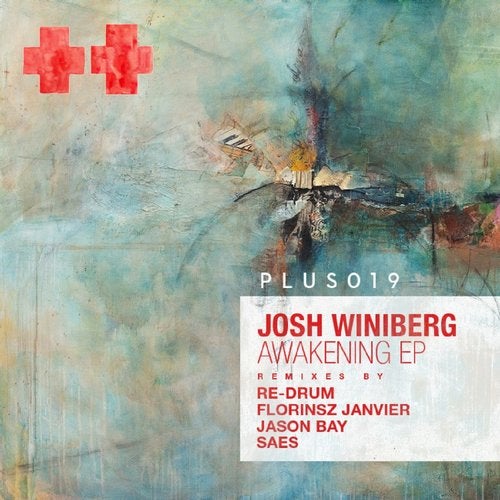 Josh Winiberg graces Plus Plus Records with the breathtaking Awakening EP. A journey to the depths, where the ethereal meets the emotive, a delight for the senses and for the dancefloor. The original tracks Weeping Willow and Awakening demonstrate Josh's razor sharp, understated production abilities, juxtaposed with his refined composer's ear for melody. First to take Josh's bittersweet productions to a different corner is Toulouse's The Shining-inspired Re-Drum, with a slowed-down deep industrial disco rework. Next up, permanent fixture on the Dutch underground electronic scene Florisz Janvier gives Weeping Willow a leftfield house treatment, skittering percussion interplaying with shimmering synths. Plus Plus Records boss Jason Bay takes the controls with an epic tech-infused journey deep into the night, that builds and builds into a joyous electronic disco crescendo... And finishing off the package with aplomb, SAES takes us to left-of-centre, downbeat electronic house territory.

Josh's skills as a dj and dance producer are informed by his roots as a prodigious classical pianist and composer. Josh released his first album at the age of just sixteen, and played at events such as Italy's prestigious Ravello Festival. Whilst still a music student, a university exchange to Berlin exposed Josh to the German house and techno scene, and upon completion of his degree Josh moved there and immersed himself in electronic music. During his four years living in Berlin Josh honed his djing and production skills, used to great effect on releases for Push Communications, Sublunary, and Plus Plus amongst others, finding support from the likes of Danny Tenaglia, Pig & Dan, Motorcitysoul, and many more.