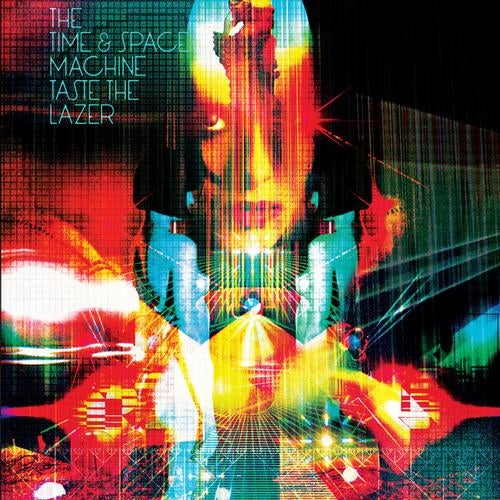 For those new to the fray, The Time & Space Machine is the solo output of Richard Norris, founding member of 90's cult dance outfit The Grid, and one part of DJ/production duo Beyond the Wizard's Sleeve with Erol Alkan.

The album kicks off with 'Hiding In The Light,' an incandescent organ-fuelled intro littered with splashes and live drums that drive forthright into 'Black Rainbow,' a track of equal vivacity, but with loads more vigour and breathy vocal lines above another tasteful organ riff.

Up next we've got the single 'Pill Party In India,' a twanging, bubbling excursion into the realms of Exotica that's simply sublime. 'Studio 23' follows, with a stomping bass heavy groove and smouldering string moods underneath clack-clack percussion.

'Outta My Head' starts off clean before diving deep into smokey vocal passages, crunching rhythm guitar effects, dirty basslines and trippy poly-rhythmic hi-hats. Stepping off the gas for 'Threshold,' Norris allows for a bit of Eastern-kissed downtime with his selection of worldly stringed instruments taking turns to solo around contemplative pad washes.

Up next, 'Explosions In The Sky' and it's joyous vocal hook add a playful touch to some of the devilishly melancholic moods on the album. 'Magic Mountain' irons out the creases further for a pleasant air-filled journey in to the seemingly chilled (for now) mind of the Time & Space Machine.

Before the final curtain, we're dealt 'Flow River Flow' a spaced out vocal powerhouse with swathes of tremolo guitar and a funked up lounge bassline that's just right.

To finish the album we're met with a glorious awakening in the form of 'Good Morning.' Its sunny tones and easy-going swing are lovely touches at the end of a dynamic album. TTASM done good. Again.