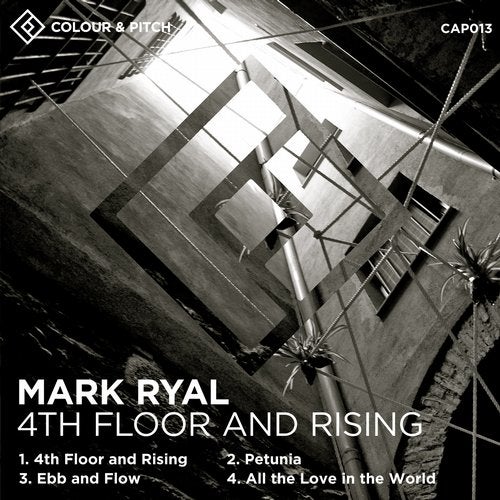 Our 13th release sees a long awaited solo debut from a true heavyweight of the underground Techno and House scene, Mark Ryal. Resident at Glasgow's seminal 'Sub Club' back in the 1990's, Mark regularly shared the booth with the likes of Derrick May and Claude Young while hosting legendary nights such as UK Gold, Red Cell and Aqua Planet. Upon moving to Barcelona in 1997, Mark quickly established himself as a fixture in the city's emerging Techno scene, as well as opening his own record shop, Indeep. Now running a stunning restaurant just outside the city, Mark's focus has turned to production, driven by a lifetime's worth of dance music knowledge.

Reminiscent of Stacey Pullen and Chez Damier's most delicate works, '4th Floor and Rising' is packed full of emotion and old-school charm. Made entirely on an MPC and a selection of synthesisers, this is underground House music in it's purest form, chopped and arranged on the fly, constantly touched by human hand rather than letting machines do the work.