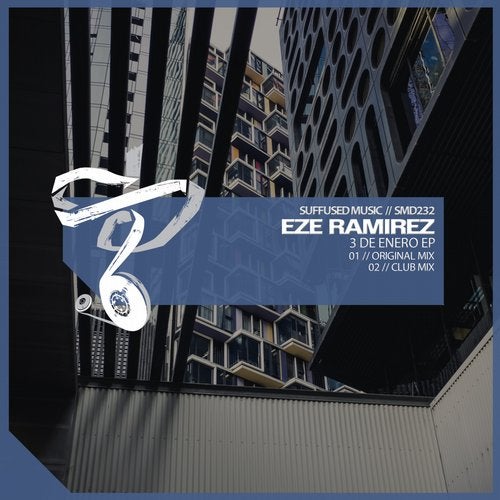 An artist inspired by the iconic sounds of Depeche Mode and Radiohead, Eze Ramirez returns to Suffused Music for their 232nd release with "3 De Enero".

From the sprawling, cosmopolitan capital, Ezequiel Ramirez has carved out a sizeable niche for himself from his Buenos Aries studio. Testament to this success, over a century of production credits can be found next to the Eze Ramirez name as he continues to court success with each passing release. A regular in the Beatport genre charts for progressive house and techno, Ramirez weaves a magical aural tapestry with his unique and distinctive sound.

With over five years experience in the underground dance scene, Ramirez has found his music supported by a global DJ elite that includes the likes of Nick Warren, Guy Mantzur and Dave Seaman, while regularly finding his way into the sets and charts iconic fellow countryman, Hernan Cattaneo. Now following up on a remix of Spacebeat's "Winter Phase" in March 2015, Eze Ramirez returns to Suffused Music with a brand-new original offering.

A more energised "Club Mix" is also included. Displaying the same fundamental characteristics as its stablemate, the arpeggio sequence so pivotal to the original bursts into life with extended range, to create a new head-shaking groove. Reaching its zenith at the mid-point breakdown with a chorus of pulsating pads and white noise, the third movement sees a renewal of melodic and rhythmic interplay to create an impressive new variation.