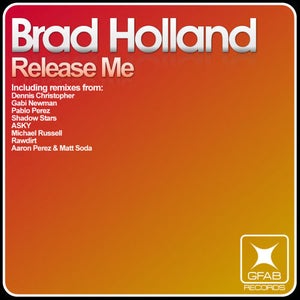 It's been a while since you've heard from us here at GFAB, but don't let that fool you into thinking we've been sitting on our hands doing nothing! We've been hard at work picking out some cracking tracks for you to get stuck into in 2010, and with our first release of the year we know you are going to agree that we've spent our time wisely!

After featuring on several GFAB remixes, Release Me is Label Manager Brad Holland's first full release on our label and what a release it is! Featuring vocals by Charlotte Henry (you might remember her from Ian Carey's Shot Caller), a club smashing Original Mix from the man himself, along with a nod to his Mancunian musical heritage with his Manchester Classic Mix, there is also support from house music heavyweight Dennis Christopher, ASKY, Gabi Newman, Pablo Perez, Shadow Stars, Michael Russel, Electro specialist Rawdirt and finally Aaron Perez & Matt Soda.

With a baker's dozen of mixes to choose from we know there's going to be something here for all house musics lovers, no matter which genre they call their own. So with all that in mind, what are you waiting for?!