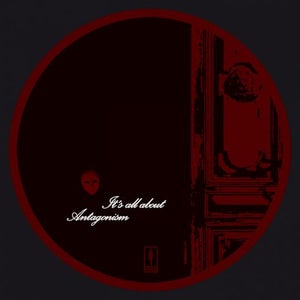 It's All About Antagonism

The every day fight deep in the inner side of Danjel Esperanza is such a big antagonism. But it's not only in himself, it's his life, destiny and his music which he really live's out on his musically diary. And now with his first album ever! No better place can it be than his label Backdoor Beauty to describe all the opposed feelings. The album contains nine very deep and soulful songs. Deep bubbling pumpin basslines combined with spiritual singing vocals, instruments like violin's, flutes, guitars and many more! All recorded together with sounds from outside which gives the unique athmospheric dubby touch and far horizons and it feels at the end like a very hypnotic trip. Inspired and influenced from so many music styles he found his own way in electronical acoustic sounding music to describe the antagonism in Danjel Esperanza's life and the world... Which is like one happy eye and one sad eye.... Tracks: walking in dirt whispers behind me antagonism oneself mirrored bewitched loveletters to nowhere when it rains sentimental pessimism under my skin It's all about antagonism Danjel Esperanza Bonus mix