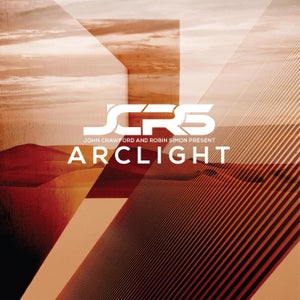 When Ultravox met Berlin! Pop Titans John Crawford and Robin Simon unite as supergroup / duo, for their forthcoming album Arclight. The 10-track LP brings together the best of 80s songwriting, with the ethereal and futuristic styles that propelled Crawford and Simon to stardom and have kept an adorning fanbase for decades since!

The album's lead single There's Only You, is an explosive synth-heavy return to the limelight for the pair. Abundantly atmospheric and emotive, There's Only You updates the techniques the pair pioneered with all they've learnt since. The result is an instant classic that, between its otherworldly electronic keys and nostalgic guitar, feels both futuristic and like a song you have loved forever.

There's Only You starts as Arclight goes on. From its upbeat opener Firedogs to its ponderous and retro futuristic The Universe Suddenly Shrinks With One Thought, Arclight displays a real mastery of electronic elements that combine for a project profoundly human. The album switches between classic fist pumping pop anthems to existential themes, with the talent of John and Robin bringing them all together.

John Crawford is best known as the founder, principal songwriter, and creative heart of the 80s powerhouse Berlin that releases classics such as "The Metro" and "Take My Breath Away" from the major motion picture "Top Gun". "Take My Breath Away" won the 1986 Academy Award for Best Original Song and charted worldwide.

Robin Simon, former lead guitarist for Ultravox and Visage, known for his pioneering guitar techniques that brought you some of most creative and distinctive guitar sounds of the 80s. Robin popularised the use of Chorus, Flanger, fuzz, wah-wah, delay, and compression pedals for a guitar sound that came to define the decade.

The meeting of the legends happened by chance while Robin was in LA. The pair instantly clicked and within a week recorded 5 demos. 6 months on, they booked a studio and completed their debut album with John Bryan and Sare Havlicek. The upcoming John Crawford and Robin Simon album is a clash of classic songwriting, with ethereal synths and moody futuristic space echo guitar textures sure to entrance fans of music classic and new alike!